Hundreds of UFCW members, activists, and allies from across United States and Canada recently gathered in Las Vegas, Nevada, for the 2022 UFCW United Latinos Educational Conference, where participants engaged in conversations around issues impacting immigrant, refugee, and Latinx workers, and their critical role for the present and future of the labor movement. This was the first in-person conference of the UFCW Constituency groups whilst maintaining COVID-19 protocols.

The conference was held from March 31 – April 3, 2022 and  featured several plenaries and workshops on organizing, leadership development, and social justice advocacy as well as other timely topics. In order to promote language equity, 18 Spanish speaking UFCW organizers were recruited to facilitate multiple workshops in Spanish.

During the opening plenary, UFCW United Latinos President Rigoberto Valdez, Jr. said he hoped attendees came away from the conference “empowered to tackle the work ahead with an understanding of the crucial need to organize immigrant, refugee, and Latinx workers.”

“For decades, the United Latinos have spoken out and stood up. And while the difference any one of us can make may at times be difficult to measure, you must never forget the lasting and positive impact you have had on the lives of so many workers, Hispanic and non-Hispanic, especially over these difficult last two years.”

He additionally pledged funding for UFCW New American Citizenship Fund to encourage more member applications. The fund helps to cover the costs associated with applying for citizenship for UFCW members who have recently become U.S. citizens.and who have shown a commitment to elevate workers’ voices in their unions and communities.

Swearing-in of New Board Members

During its awards ceremony, UFCW United Latinos recognized local unions and trailblazers across labor and the community who have contributed to the advancement of Latinx working families. 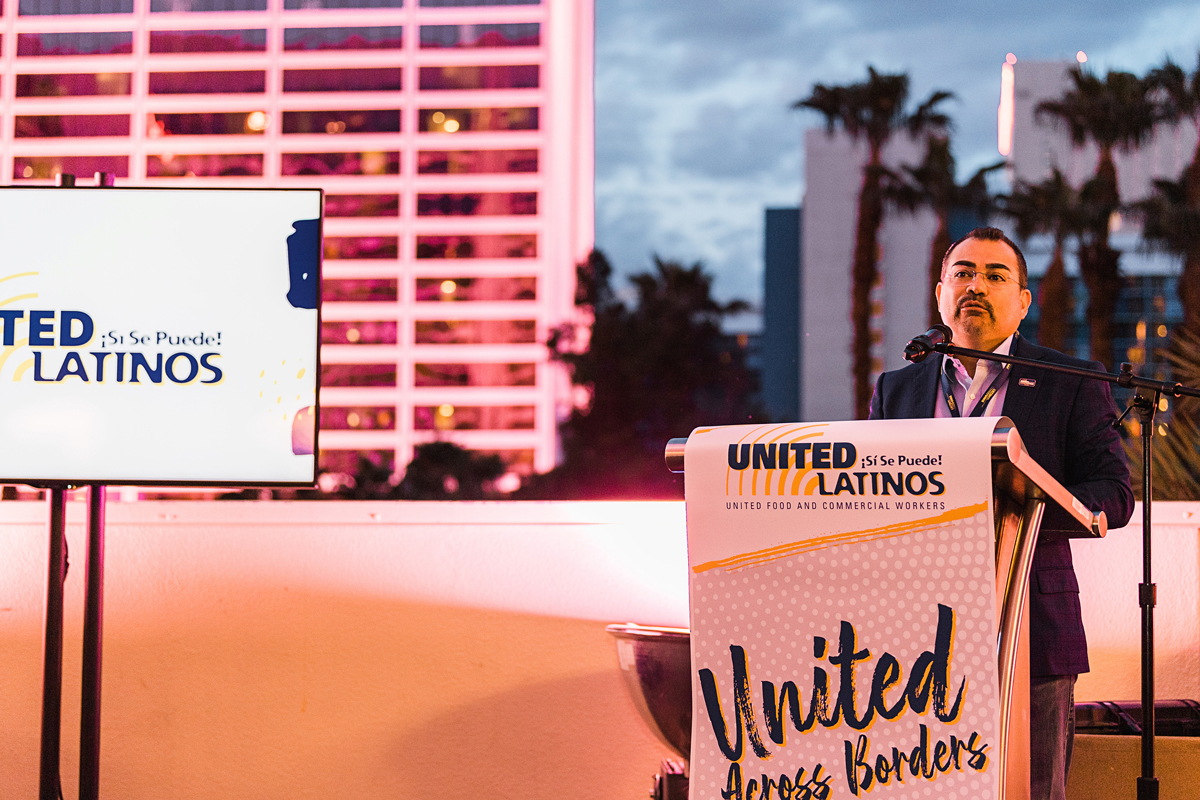 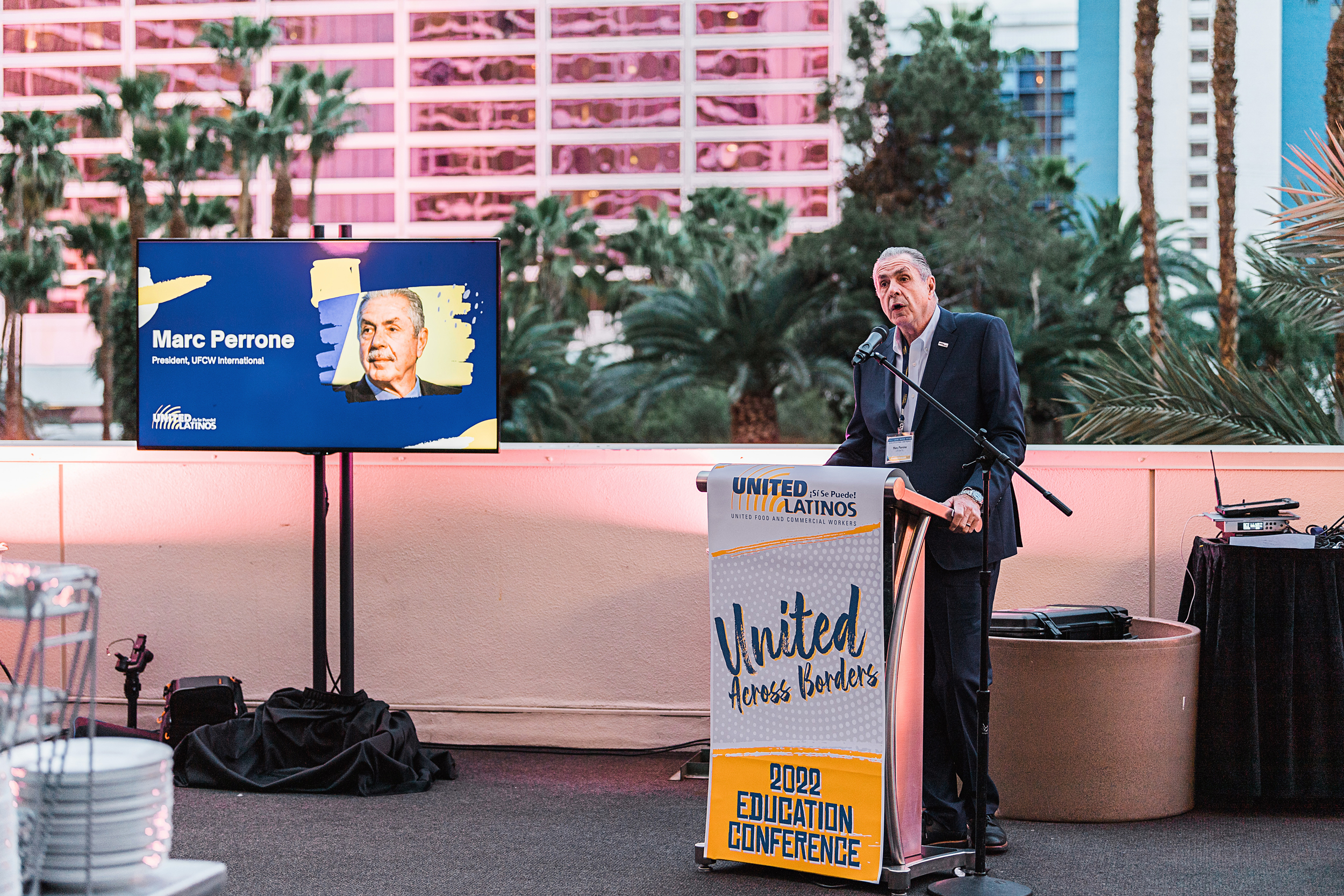 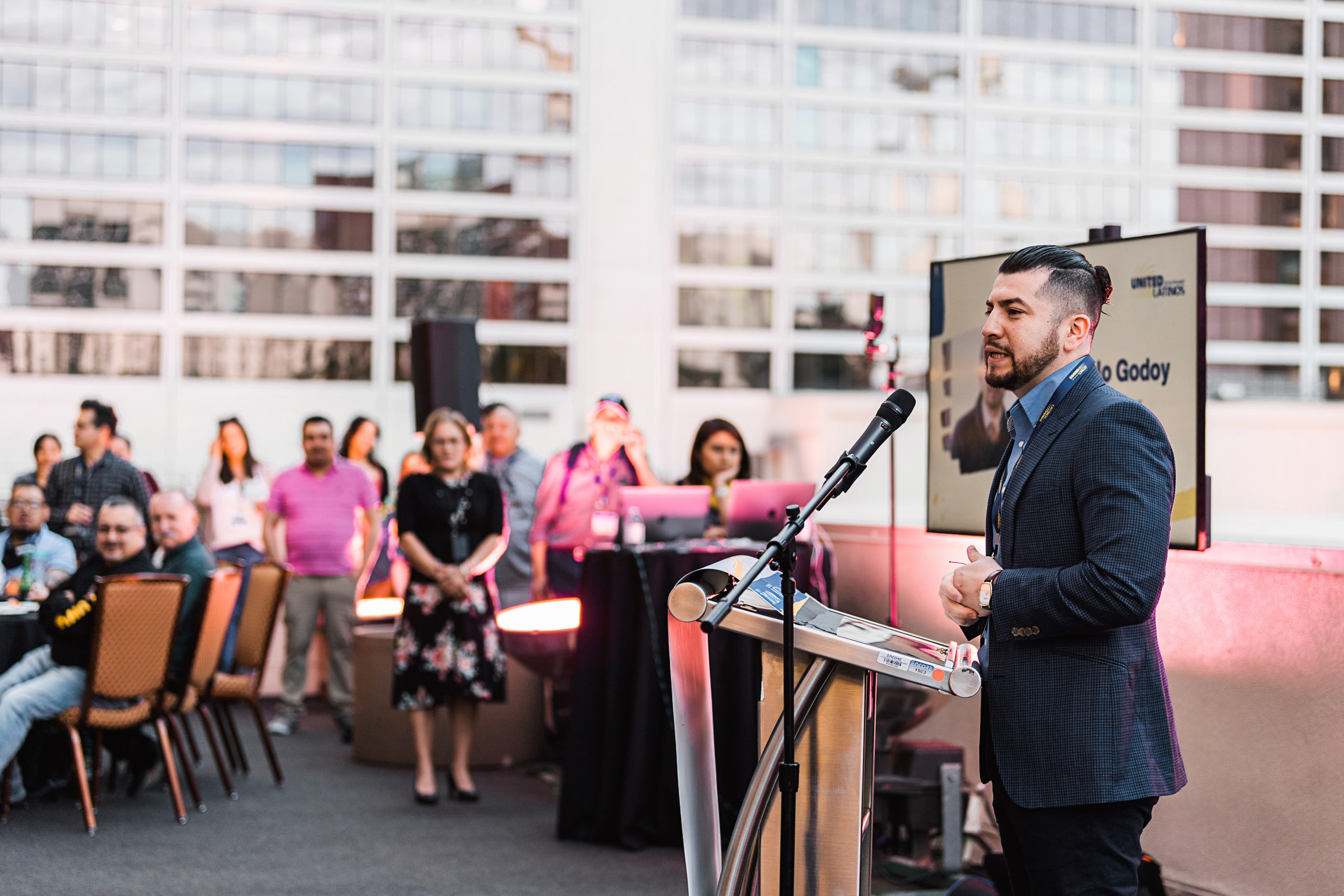 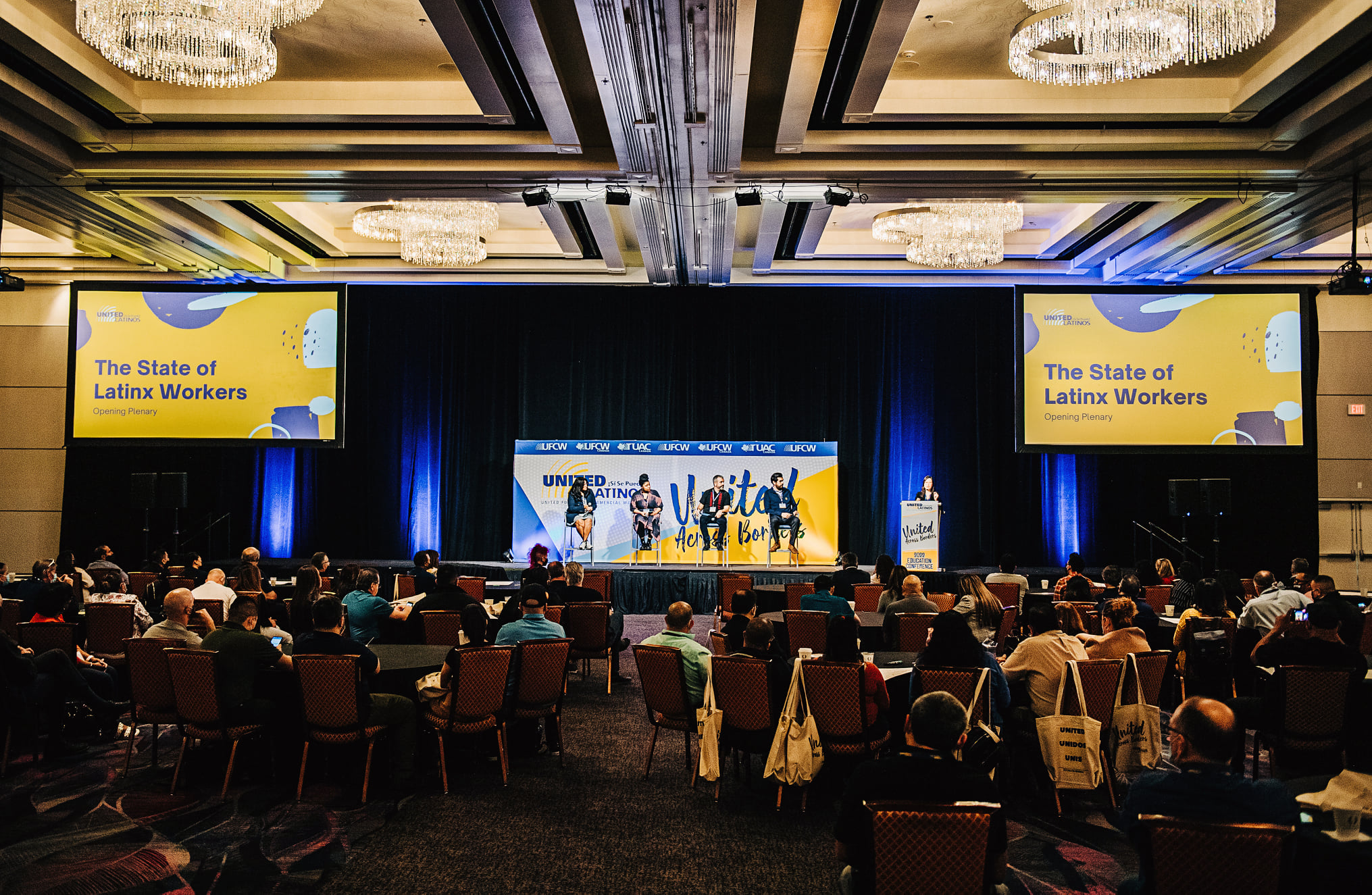 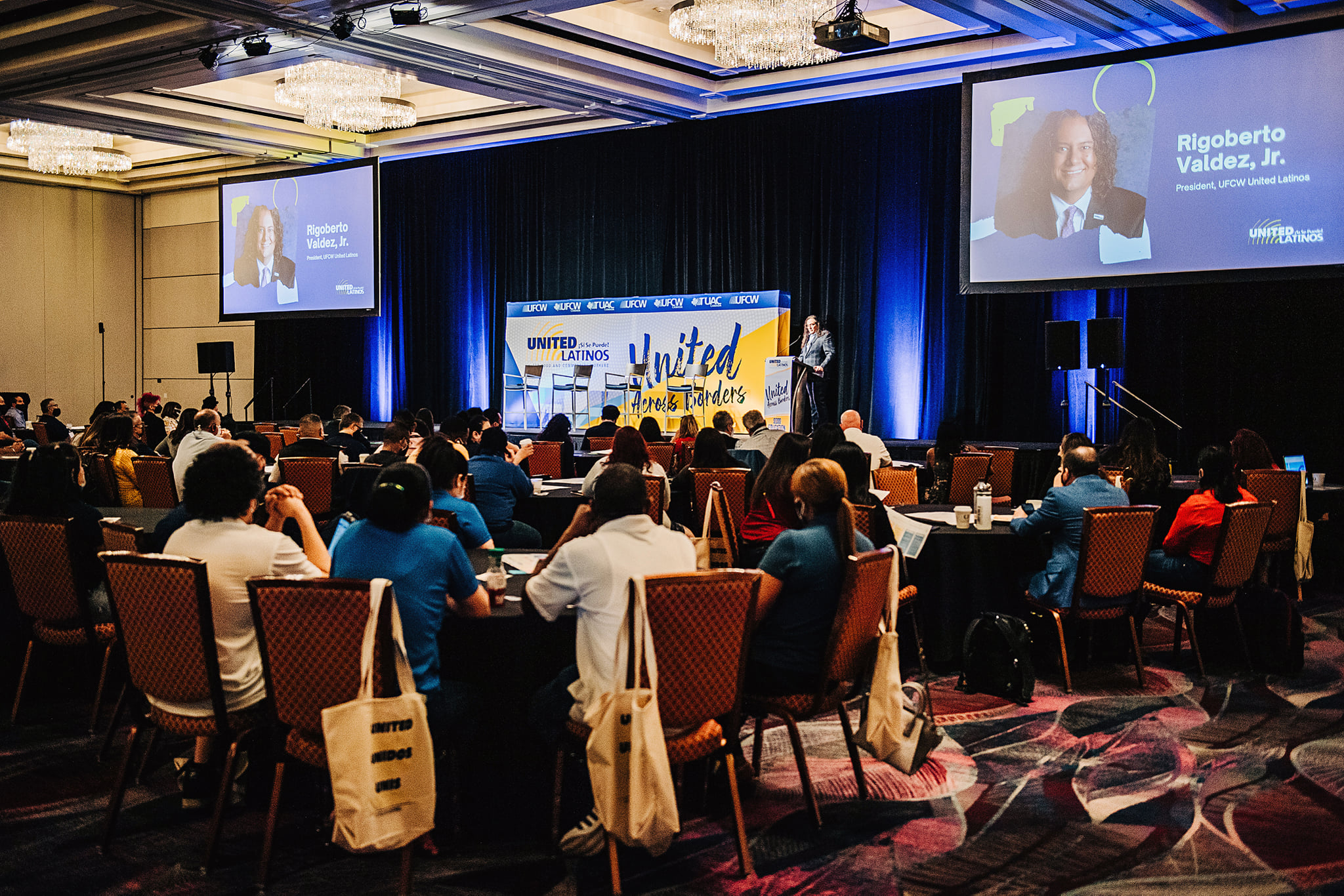 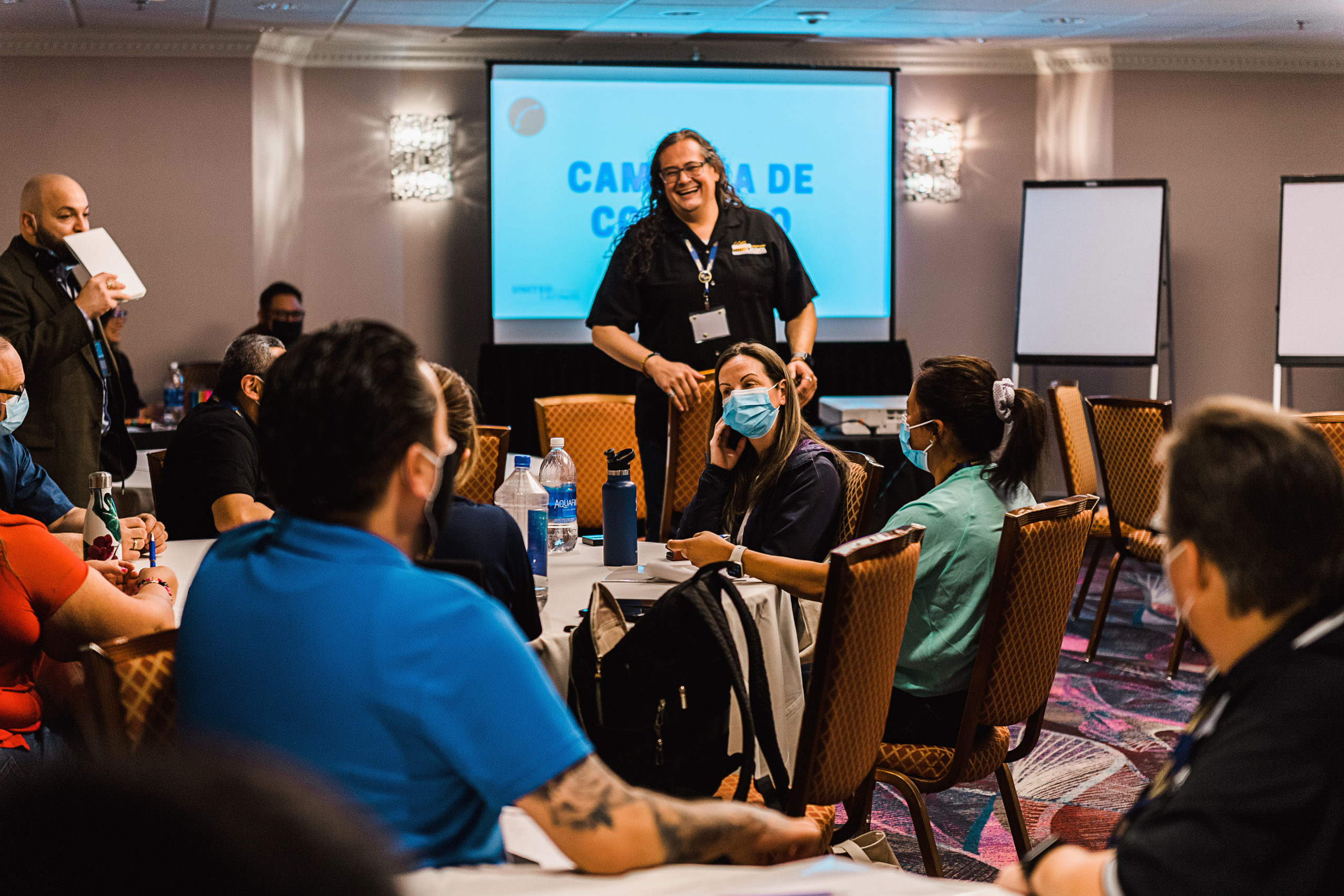 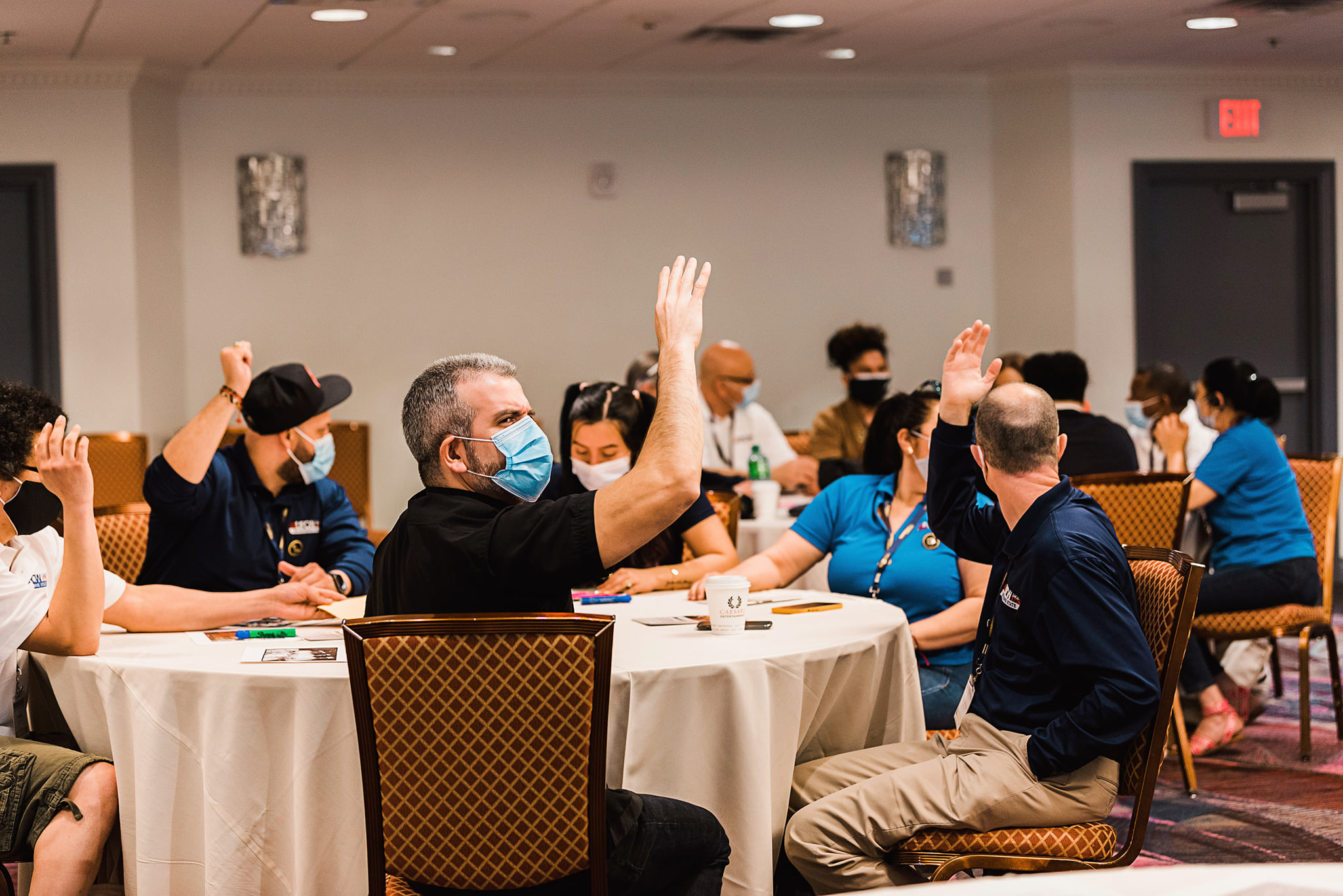 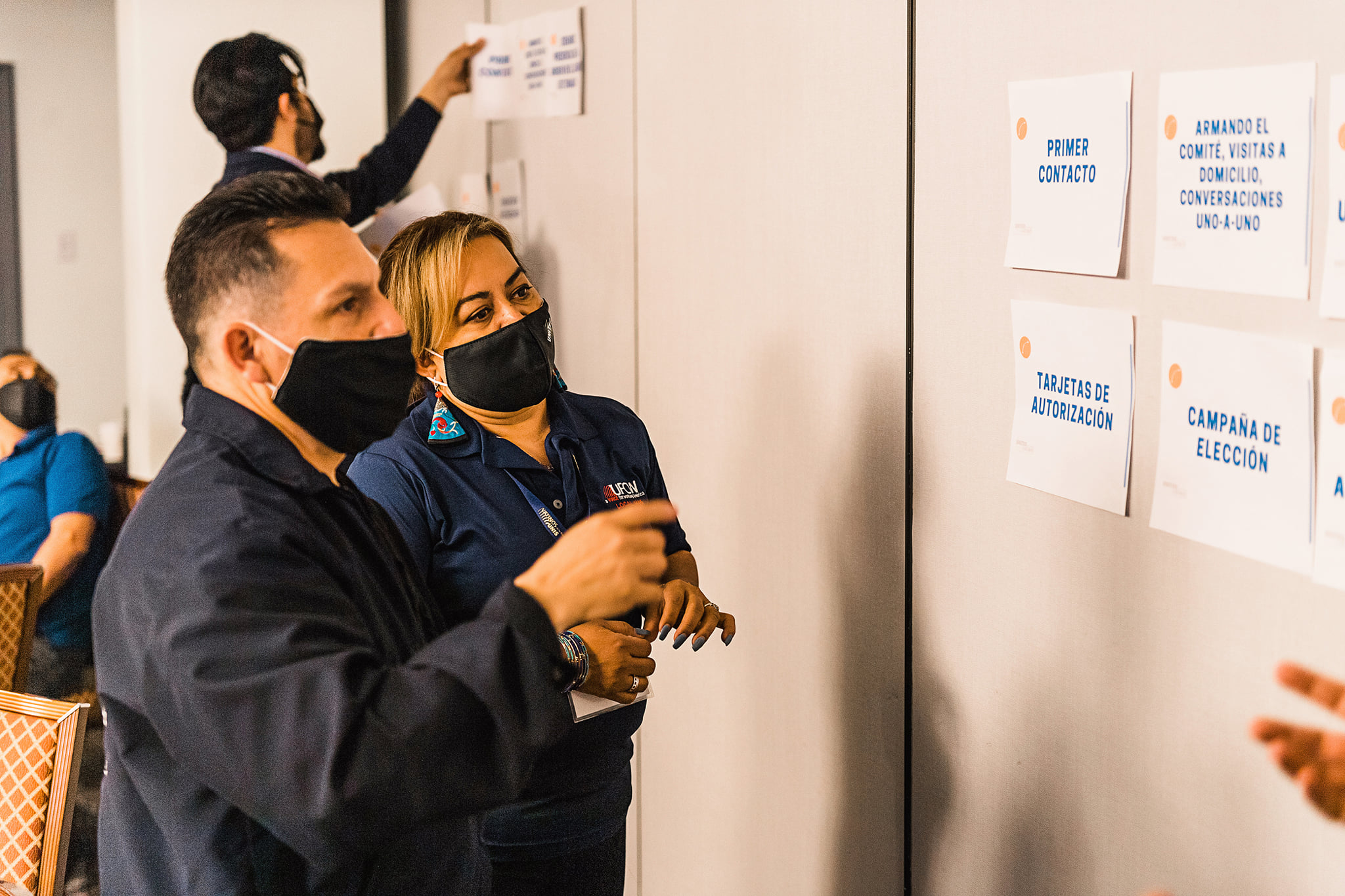 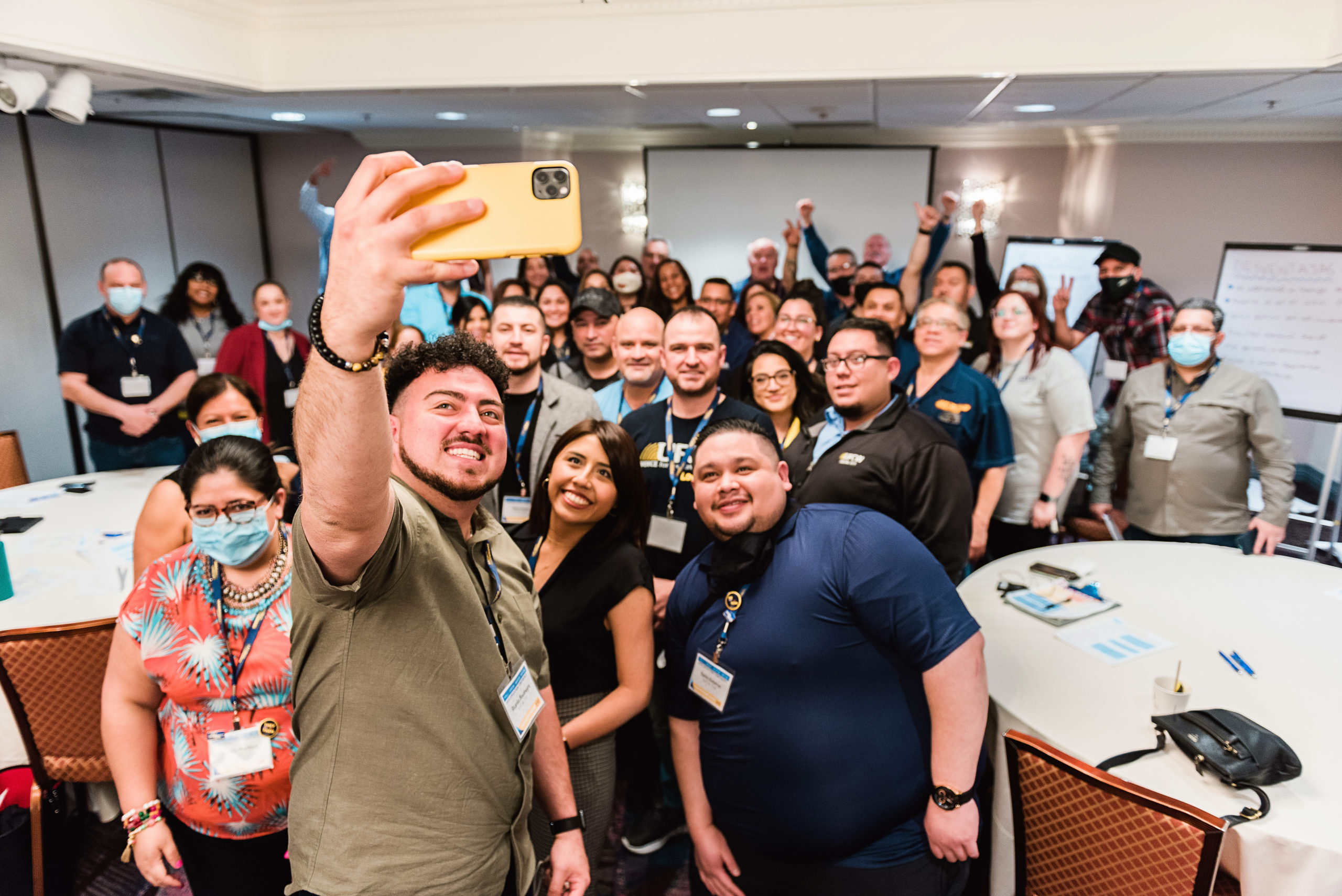 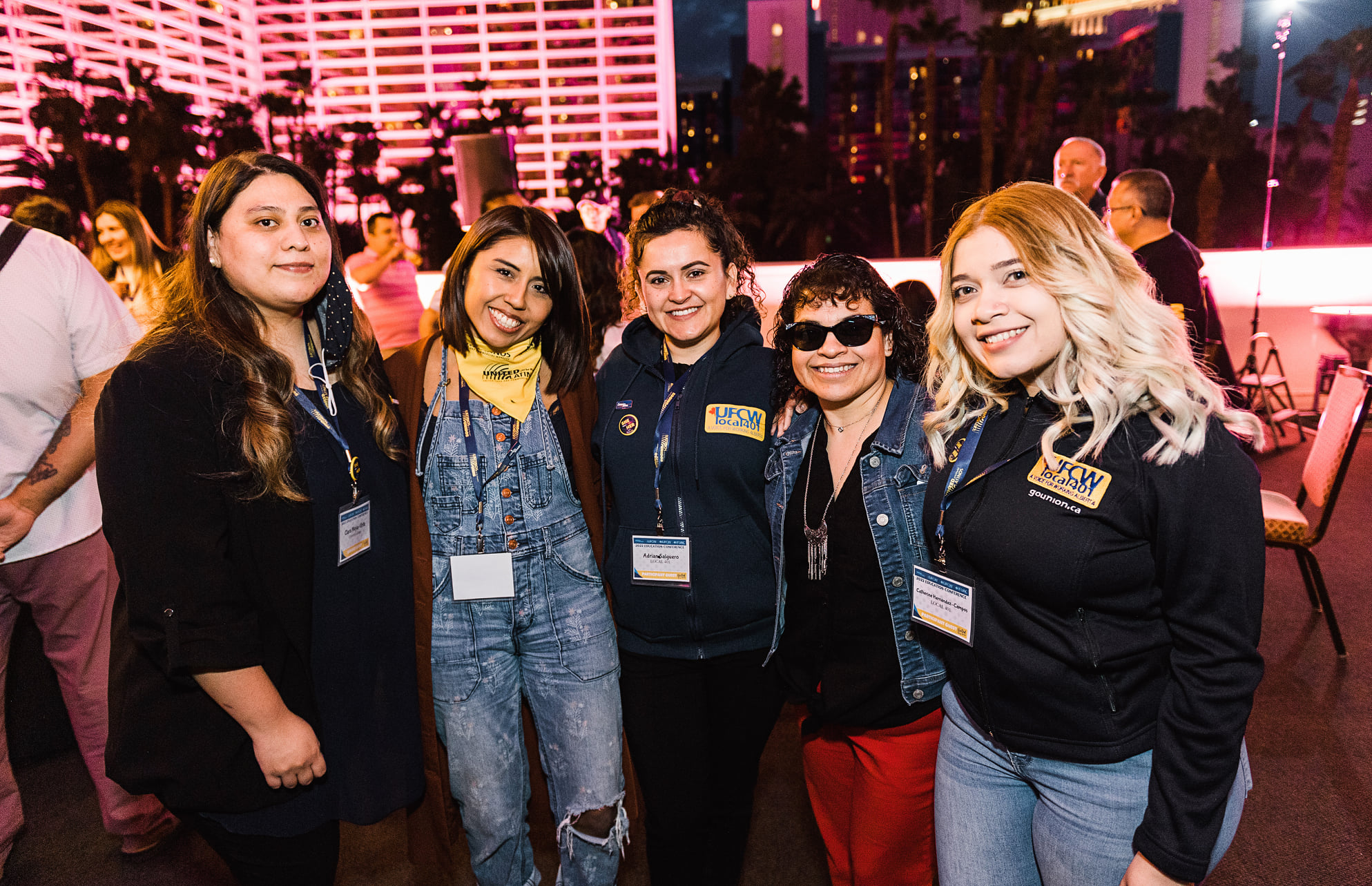 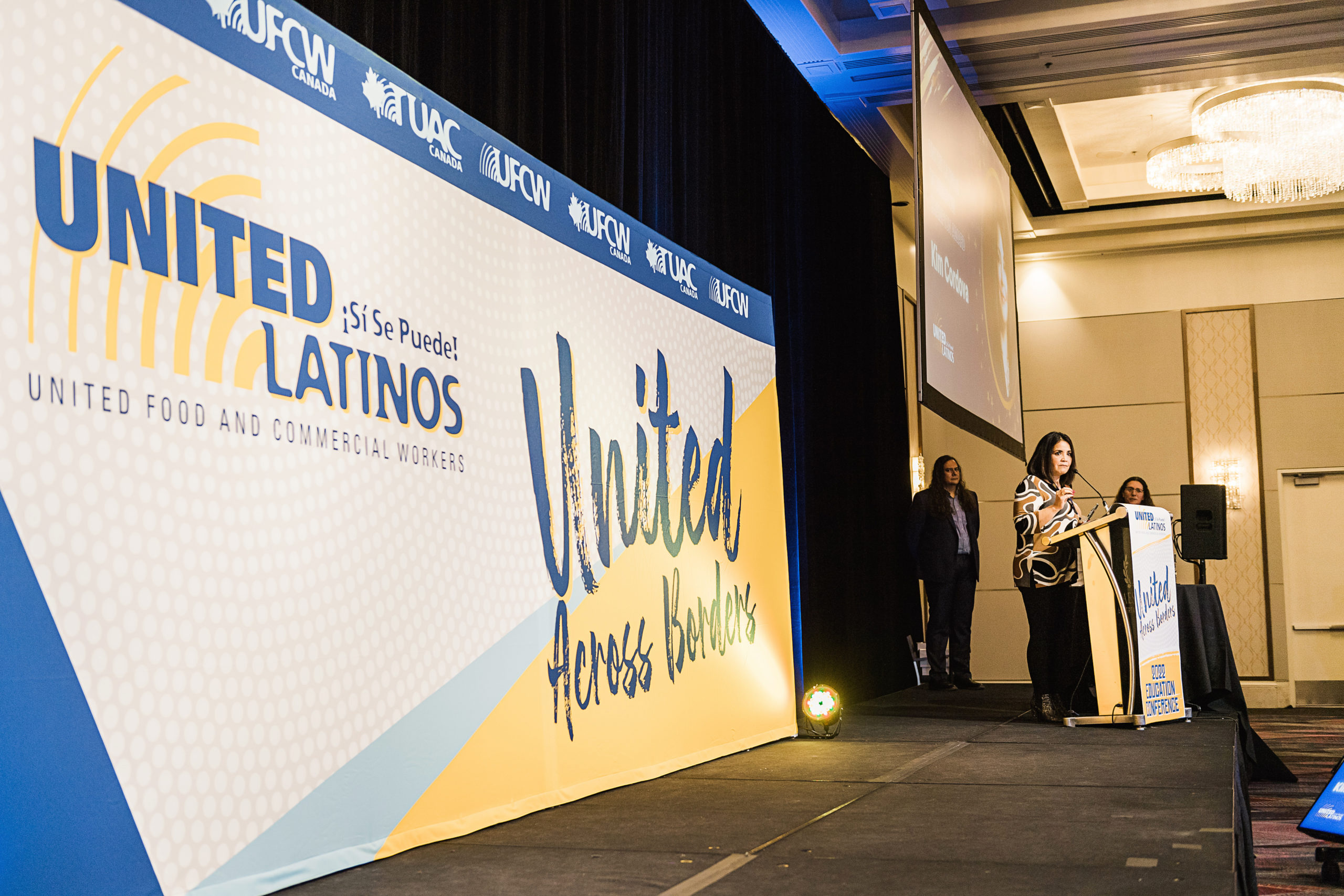 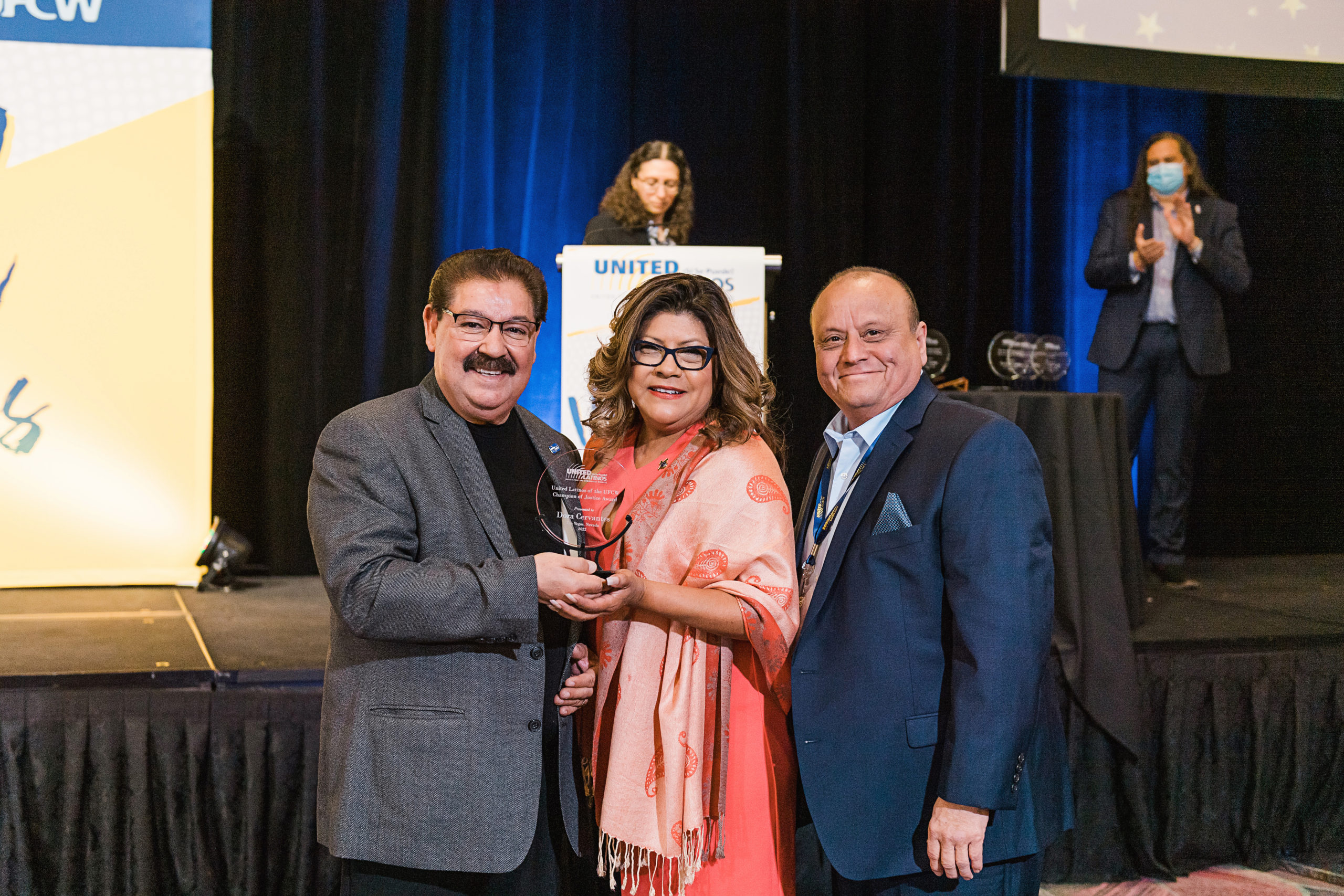 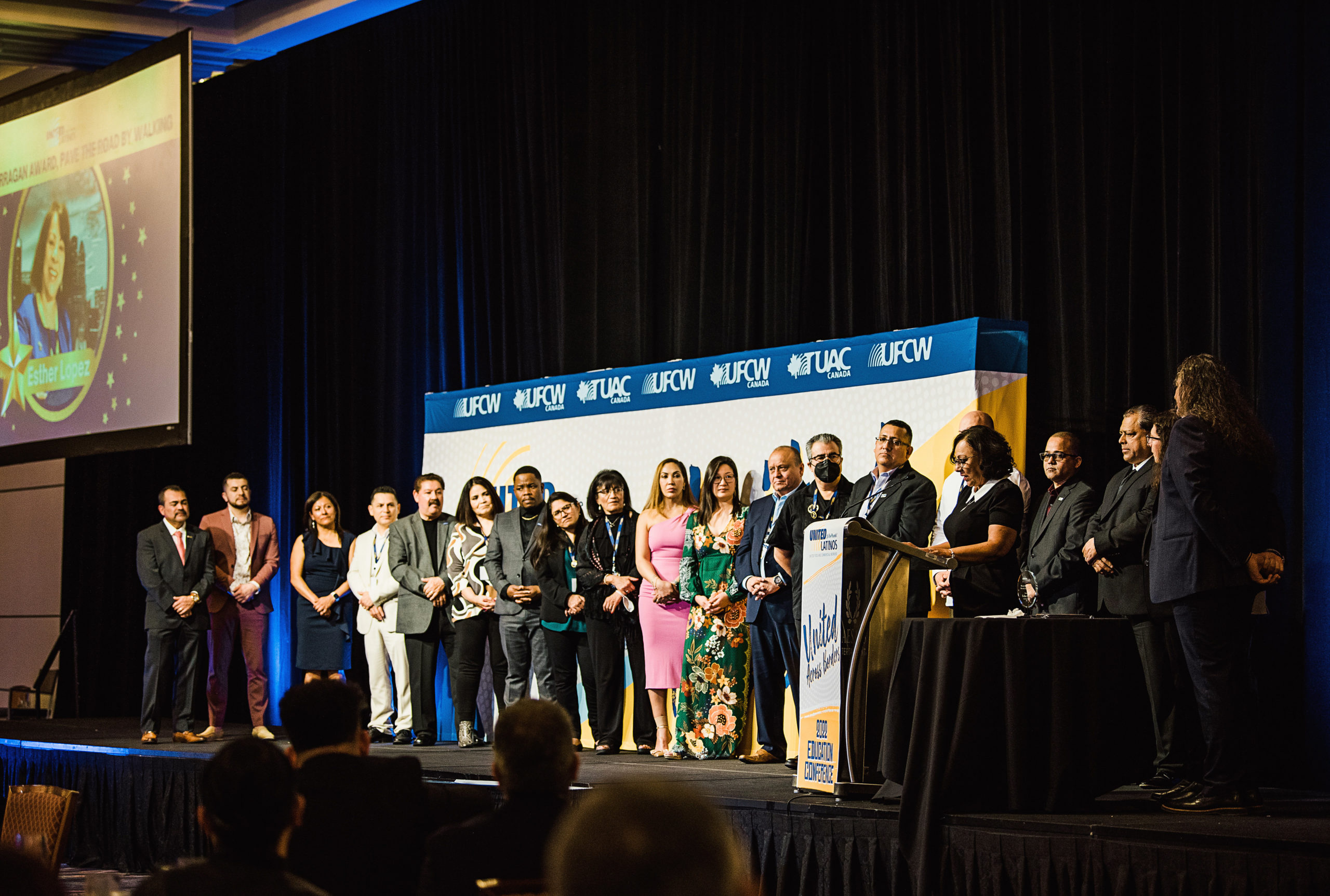 Do you want to learn how to get involved in issues affecting working Latinxs in the labor movement?

The United Latinos of the United Food and Commercial Workers (UFCW) is an organization of UFCW union leaders, members, and allies promoting issues critical to Latinx workers. The United Latinos has developed many initiatives to support organizing efforts and strengthening the relationship between UFCW and the different segments of the U.S. Latino, immigrant, and refugee community.