UFCW Member Explains Why Working Women Win With a Union

Story shared in front of 5,000 at White House United State of Women Summit 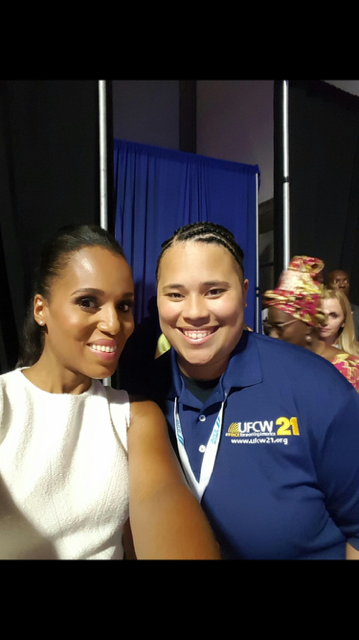 “The power of a union is about much more than dollars and cents,” said Ariana Davis. “I am respected by workers and managers alike. I am a force in my community. And it’s because I don’t stand alone – I am in a movement with grocery workers and steelworkers and teachers. Together, we have a voice. Together, we can make change.”

The White House United State of Women Summit was put together to provide solutions to key gender equality issues. In 38% of households, women are the primary breadwinners. When women earn less than men for no reason, it negatively impacts families in every community. Working to solve gender equality questions will help hard-working people to live better lives.

UFCW is the largest private sector union in the United States, representing 1.3 million professionals and their families in grocery stores, meatpacking, food processing, retail shops and other industries. Our members help put food on our nation’s tables and serve customers in all 50 states, Canada and Puerto Rico.

Learn more about the UFCW www.ufcw.org