To celebrate National Pie Day (Jan 23), here’s some fun facts we learned from The American Pie Council about one of America’s favorite desserts:

1.) Pie crust was originally not intended to be eaten.

Pie has been around since the ancient Egyptians. The first pies were made by early Romans who may have learned about it through the Greeks. These pies were sometimes made in “reeds” which were used for the sole purpose of holding the filling and not for eating with the filling.

Pie came to America with the first English settlers. The early colonists cooked their pies in long narrow pans calling them “coffins” like the crust in England. As in the Roman times, the early American pie crusts often were not eaten, but simply designed to hold the filling during baking. It was during the American Revolution that the term crust was used instead of coffyn.

2.) The Romans published the first pie recipe, and it sounds delicious.

The Romans must have spread the word about pies around Europe as the Oxford English Dictionary notes that the word pie was a popular word in the 14th century. The first pie recipe was published by the Romans and was for a rye-crusted goat cheese and honey pie.

3.) Cherry pie is said to have royal origins (but it’s probably not true).

The early pies were predominately meat pies. Pyes (pies) originally appeared in England as early as the twelfth century. The crust of the pie was referred to as “coffyn”. There was actually more crust than filling. Often these pies were made using fowl and the legs were left to hang over the side of the dish and used as handles. Fruit pies or tarts (pasties) were probably first made in the 1500s. English tradition credits making the first cherry pie to Queen Elizabeth I. 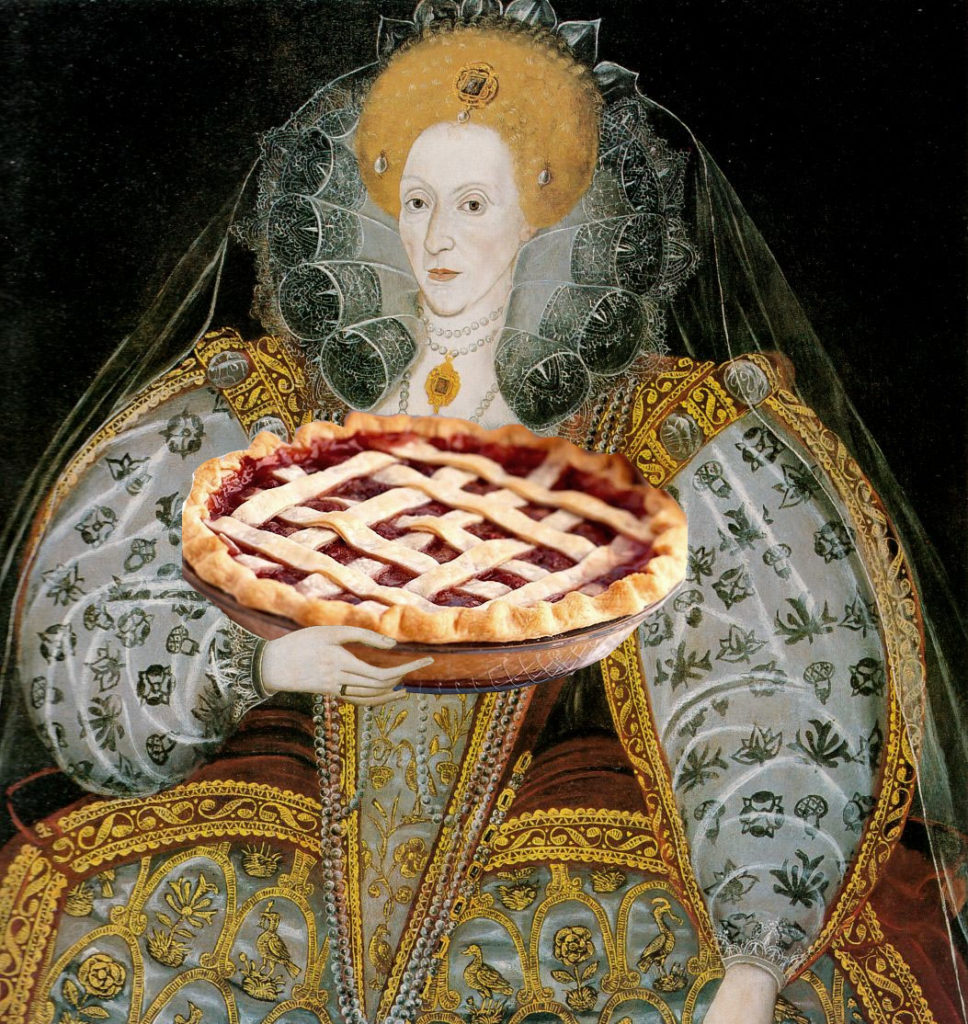 4.) For the best pie, keep it cold and keep it simple.

Cold ingredients are essential to making a great pie crust It even helps to have cold bowls and utensils. In addition, be sure to chill the dough for at least an hour before rolling it out. Keeping the shortening cold ensures a nice flaky crust!

Don’t overwork or overhandle the dough. Your shortening/butter should be coated with flour mixture, not blended with it. Over-processing causes gluten to form, a substance that toughens the dough. It’s even a good idea to have cold hands before handling. 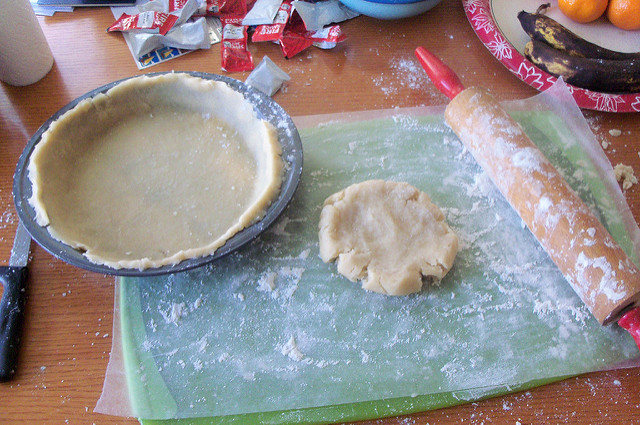 5.) You can make a tasty pie entirely from UFCW-made ingredients.

Butter, flour, eggs, sugar, whipped topping, and pie filling – UFCW members at a number of different local unions across the country help make sure you have quality ingredients for your family recipes. Here’s a sample of just a few of the pie-related ingredients the men and women of the UFCW are hard at work making: