1.) Chocolate comes from the fruit of the cacao tree

The fruit is about the size of a large mango and has a sweet, white pulp with large seeds. Similar to coffee, the seeds must be fermented, dried, and then roasted to get the rich flavor we know of as chocolate.

Cacao trees are notoriously tricky to grow and are threatened by a number of pests and fungal diseases.

2.) Chocolate doesn’t start off shiny, it has to be “tempered”

When melted chocolate cools, the cocoa butter forms several different types of crystals. When you heat chocolate, cool it, and then heat it again, it encourages the formation of uniform crystals, which is why the surface changes from dull to glossy.

3.) Chocolate is poisonous to dogs

The toxic component of chocolate is theobromine. Humans easily metabolize theobromine, but dogs process it much more slowly, allowing it to build up to toxic levels in their system.

Technically, humans could consume a lethal quantity of chocolate, too, but you’d need to eat at least 22lbs of chocolate first in a sitting. So don’t do that.

Each cacao tree yields about 2,500 seeds, meaning you can get about 6.25 lbs of chocolate from each tree. It takes a almost a full year for a cocoa tree to produce enough pods to make 10 standard-sized Hershey bars.

The hardworking men and women of Hershey’s produce 70 million Kisses every day, and enough annually to make a 300,000-mile-long line of Kisses. That means if you lined them up, you’d likely need a new car (or at least some heavy repairs) by the time you drove far enough to reach the end. 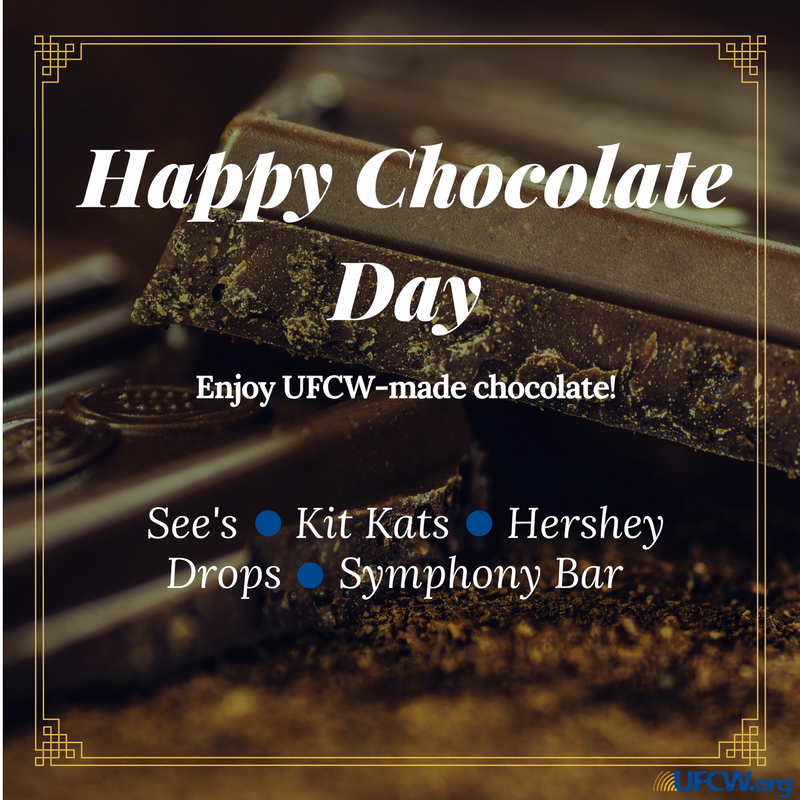 6.) The first chocolate bar was invented in 1847 by Joseph Fry

Together with his sons, Fry formed the British chocolate company, J. S. Fry & Sons, Ltd. They would also invent the first cream filled chocolate Easter egg in 1873. The company merged with Cadbury in 1919 and the original plant continued to operate until 2010.

7.) Thousands of Canadian children orchestrated a chocolate boycott in 1947

In 1947 hundreds of Canadian kids went on strike and boycotted chocolate after the price of a chocolate bar jumped from 5 to 8 cents. Within days, Canadian chocolate sales dropped by 80%.

Support for the boycott waned when the conservative paper The Toronto Evening Telegraph accused the children’s activities as being part of a Communist plot and a front for Moscow, and the price of chocolate remained at 8 cents.