Fighting Fire with Food and Support

In July of 2009, a terrible fire broke out at the Patrick Cudahy meatpacking plant in Milwaukee, WI. The massive Smithfield plant was completely consumed by the fire, threatening lives, costing millions of dollars in damage, and displacing over 1,400 workers, leaving them without work.

With the support of the Hunger Task force and other organizations, members were able to stick together and move toward recovering from the fire. Three years later, members are back at the plant to continue their work and support for organizations like the Hunger Task Force that play such an important role in their communities. 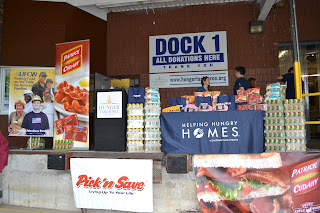 Local 1473’s story is a powerful reminder that even in times of disaster, when people stick together, there is always hope.

The UFCW is committed to ensuring that families across the country have the relief and the opportunities they need to weather the current economic crises. As the foodworkers’ union, with members working in grocery stores, packing plants, and food processing plants, UFCW members and locals have long been involved in programs to help the hungry and provide for those in need. One of the most successful, and certainly the largest, of these programs is the joint UFCW/Smithfield Feeding the Hungry (FTH) Program – a three-year, multi-city, coast to coast effort to donate and deliver more than 20 million servings of protein to food banks through Feeding America’s network. 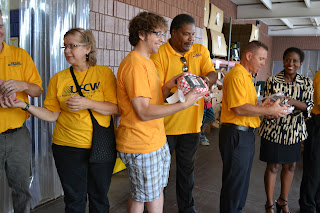 All across the country UFCW members are on the frontlines of efforts to improve and strengthen their communities, and this partnership reflects their unwavering commitment to protect and advocate for families during tough times. This partnership is about bringing together organizations with the resources, the relationships and the know-how to ensure that vulnerable communities across the country have access to well-supplied food banks. Our goal is simple: Get good, nutritious food to as many families, in as many communities, as possible.