“Walmart’s weak earnings report this morning is telling, but it’s nothing new for the countless number of associates nationwide who have been calling for a change to the company’s low-road, low-wage business model over the past few years. When workers who are committed to the company’s success can’t secure much-nee 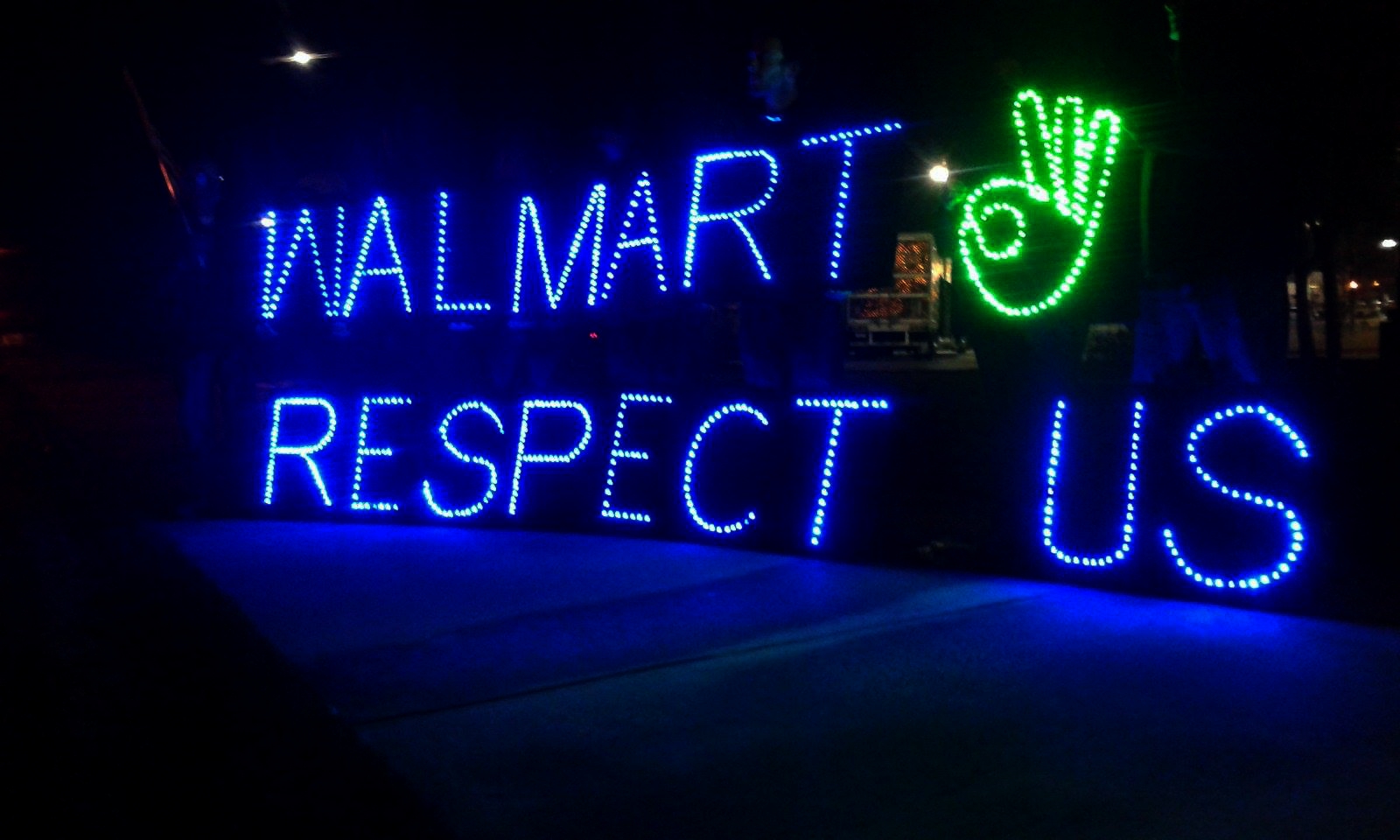 ded pay and hours, they aren’t the only ones who suffer. Customers lose, and so do shareholders. Shelves aren’t properly stocked. Check-out lines are long. And the company’s reputation takes a hit when its employees don’t make enough money to stay off government assistance programs, At a time when Walmart needs to be investing more in its employees and stores, it closes four apparently profitable stores and lays off a reported 2,200 workers, while grasping at straws to justify the move. I think it’s no coincidence that OUR Walmart members were active in one of those stores.

“My fellow OUR Walmart members, like Shannon Henderson who made about $13,000 last year working as many hours as Walmart would let her, and I have been working to offer solutions to the problems that plague the company and its operations. CEO Doug McMillon has responded to one of our demands by raising wages for those of us at the bottom of the ladder, but it’s not enough. We all need higher wages and, even more importantly, we need more hours for ourselves and for our customers.

“OUR Walmart Associate-shareholders are going to the upcoming Walmart annual shareholder meeting, where we have submitted two shareholder proposals. We are encouraging shareholders to use their votes to rein in executive compensation and incentivize sustainable investment, such as fair wages and more hours for workers.

“It’s long past time for Walmart and the Waltons to take an honest and candid look at the concerns raised by investors, shareholders and customers. Treating associates with respect and providing adequate staffing and hours are fundamental to putting Walmart on the path to strong sales and success. And that’s the direction Walmart needs to go.”