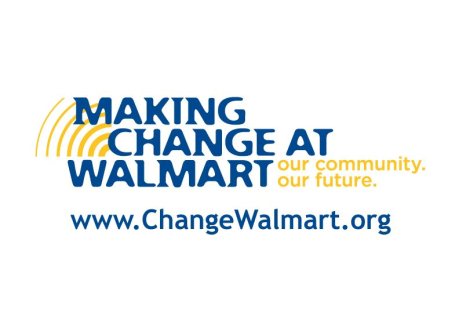 Labor Ready and QPS, two of the staffing agencies Walmart uses in the Chicago area, failed to provide workers assigned to Walmart stores with information related to their employment, such as employment notices and proper wage payment notices as required by Illinois law.

Walmart itself failed to keep accurate records of workers’ time as required by federal and state law and has failed to provide workers with forms verifying hours worked. This made it impossible for workers to make claims that they were not paid by the temp agencies for all hours worked.

“I only get paid minimum wage and yet Labor Ready and Walmart still try to cheat me by not paying me for the time I actually work,” said Twanda Burk, the primary plaintiff on the lawsuit. “I’ve proven that I’m a good worker, and they just want to take advantage of that.”

The violations of state and federal law are alleged to have occurred in early 2009 and continuing up until the present time. In addition to seeking all unpaid wages for the workers, the suit calls for an injunction against Walmart and its temp agencies preventing them from future violations of state labor laws.

“There have been so many times I’ve been told to stay late after my shift to finish stocking the shelves, but I didn’t know they wouldn’t pay me for it,” said Anthony Wright, a temp worker at Labor Ready who has worked at a couple of the Walmart stores in the area since late last year.

Walmart contracts with staffing agencies for the services of hundreds of temporary laborers—many of whom earn minimum wage—in Chicago-area stores. The company has said it would hire 50,000 temporary workers to staff its stores for the upcoming holiday season.

“The practices that Walmart and its staffing agencies are engaging in are exactly why the Illinois legislature passed the Illinois Day and Temporary Services Act,” said Chris Williams, of Workers’ Law Office PC, the workers’ attorney. “Workers need critical information to make sure they don’t get cheated on their pay, as they did here. These workers are required to be paid for the time they’ve worked.”

Walmart got the green light to expand in Chicago when it committed to the Chicago city council to set starting wages at $8.75 per hour, however Walmart has failed to live up to its word to the people of Chicago.

Leone Jose Bicchieri, of the Chicago Workers’ Collaborative, who has been working to gain rights for agency temporary workers in Chicagoland for more than a decade, said, “Walmart has broken its promises in Chicago. It came into this city promising good, permanent jobs, but has reneged on this pledge. Instead of providing decent jobs with career potential and opportunities to access benefits, Walmart is outsourcing jobs to temp agencies that barely pay minimum wage with no benefits and who has broken multiple Illinois labor laws.”

Elce Redmond, the Executive Director of the South Austin Community Coalition, said, “By outsourcing these jobs, the company is taking advantage of Chicago residents in neighborhoods that had hoped Walmart would provide real employment opportunities, not the dead-end jobs that keep residents in a cycle of poverty.”