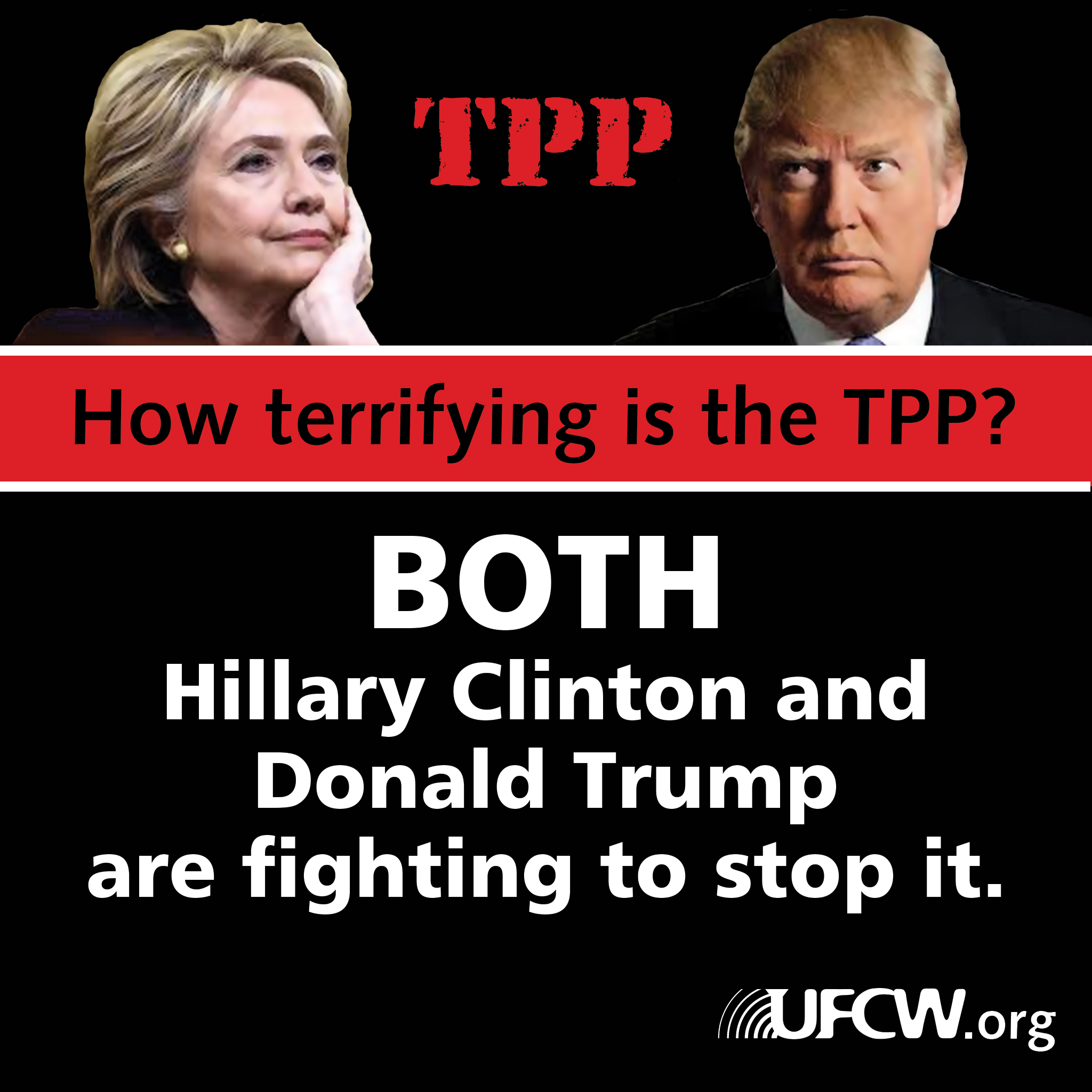 “Donald Trump and Hillary Clinton don’t agree on much, but both believe that the Trans-Pacific Partnership (TPP) is a terrible trade deal for America.

“In a nation so divided politically, a trade deal must be truly devastating to hard-working families when leading Presidential candidates from both parties find common ground in opposing it.

“Of course, the American people should not take anyone’s word for it. Finally, everyone will now have the opportunity, after months of backroom deals and secret negotiations, to read for themselves the truth about how this trade deal will destroy jobs and lead to lower wages in America.

“Our message to Members of Congress is a simple one – listen to the concerns of UFCW members, everyday Americans and even the leading voices in the current Presidential race – and defeat the TPP once and for all.

“We may not be able to change every mind, but we will remember and hold accountable those elected leaders, Democrat or Republican, who choose to stand with corporate special interests, instead of doing what is right for hard-working men and women and their families.”


We are 1.3 million families standing together to build an economy that every hard-working family deserves.