“By standing against hard-working families, Governor Walker should be ashamed, but we know he is not.”

WASHINGTON, D.C.—Marc Perrone, International President of the 1.3 million member United Food and Commercial Workers International Union (UFCW), today released the following statement in response to the adoption of right to work in Wisconsin.

“Every elected leader has a sacred responsibility to stand up for America’s hard-working families and to help them achieve a better life. Higher wages, better benefits, equal pay for equal work, protection from discrimination and exploitation; those are the rights that unions offer and which we fight for every single day. These are the true rights that Governor Scott Walker wants to take away from the union men and women who work hard, sacrifice, and help make Wisconsin and America a better place.

The truth is by standing against hard-working families, Governor Scott Walker should be ashamed, but we know he is not. He has chosen to pursue a radical agenda that willingly ignores that this law will devastate countless workers and their families. Make no mistake, this law gives irresponsible corporations, let alone politicians, the right to exploit and mistreat countless men and women all across Wisconsin.

Let me be clear, this fight is not over. We will stand up and fight for the right to protect our hard-working union family and the rights of countless families in Wisconsin and all across America who earn and deserve a better life.” 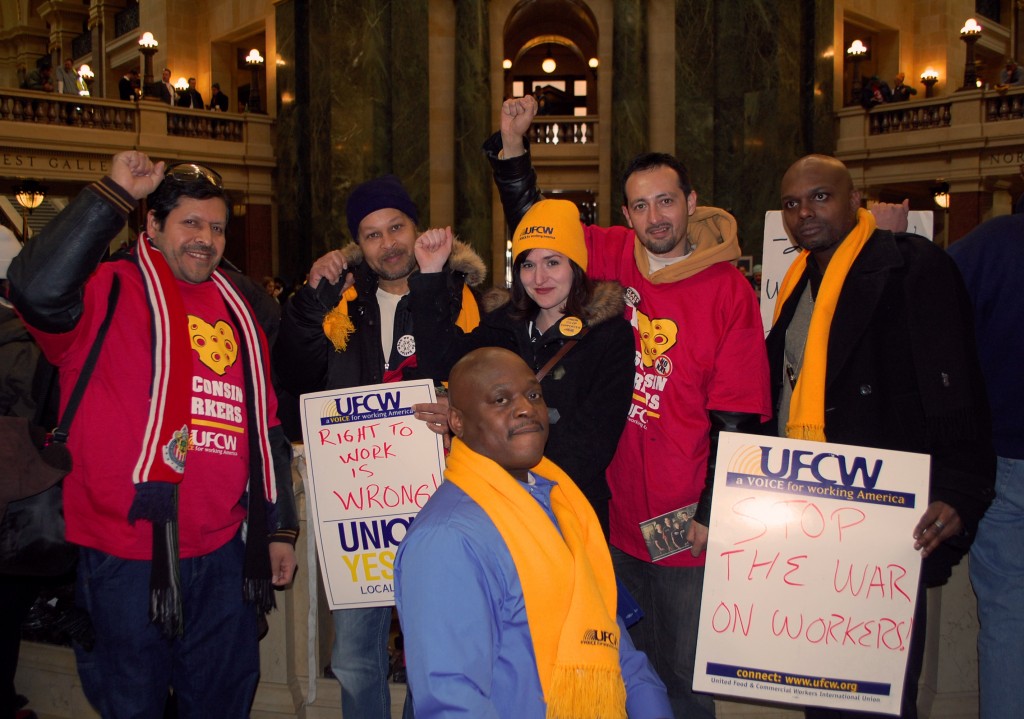 “We need someone to fight for our rights and to be there when we need help.”