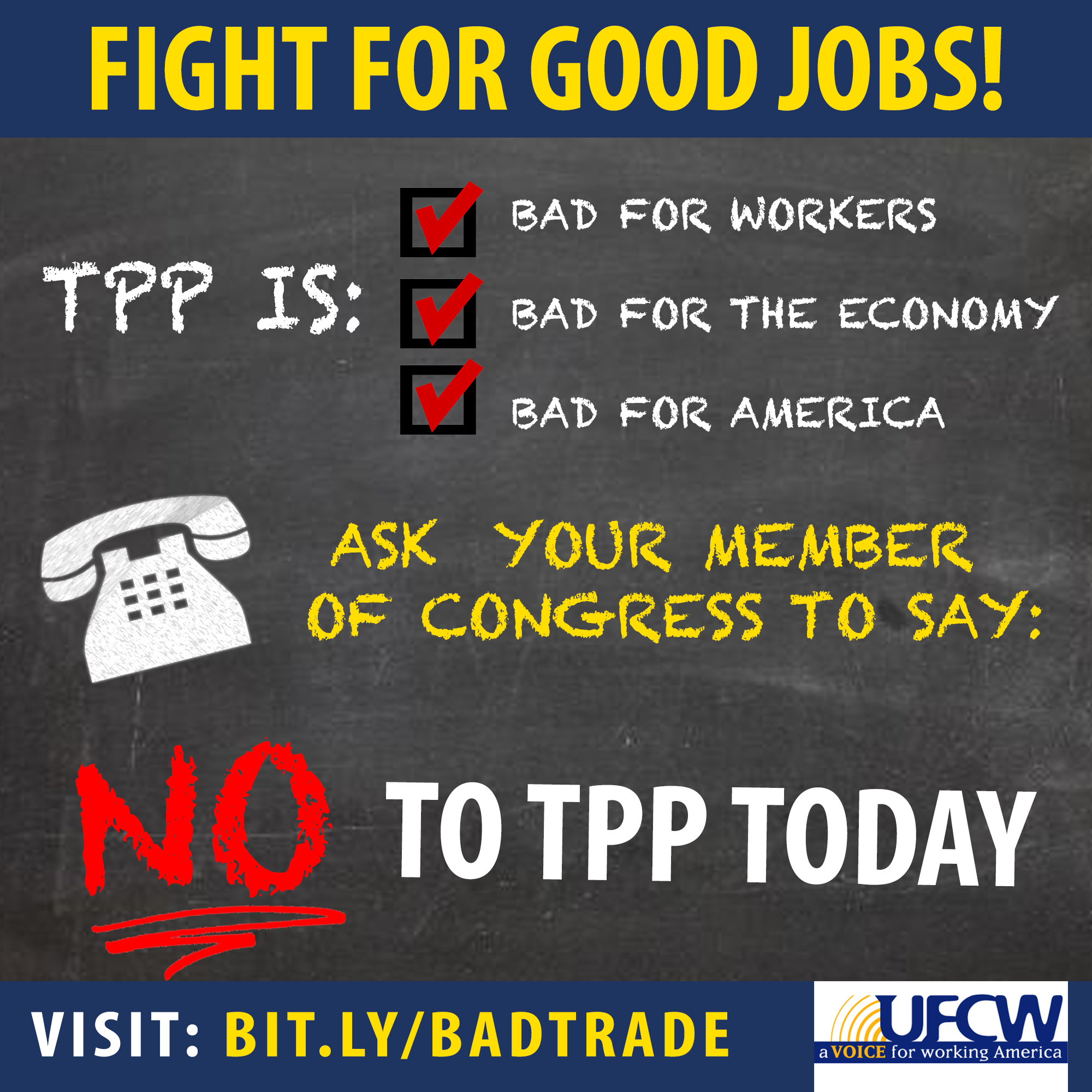 “It is very disappointing to see President Obama push a trade deal that will hurt hard-working Oregonian families. To do so by visiting Nike, a company with a long history of sending jobs overseas and exploiting workers is a complete insult. Support from companies like Nike and Wal-Mart shows how terribly flawed this trade deal really is.

At a time when we need good jobs and growing income, we are being told to believe in another flawed trade deal, and ignore the self-centered agendas of politicians and irresponsible corporations.

Given the current economic struggles so many men and women in Oregon face, I can’t imagine a worse thing for President Obama to be prioritizing than a fast track trade deal that will widen the gap between the rich and the poor.

We will lose more jobs. We will see more of our businesses close. And, worst of all, working and middle class families in Oregon, whether they are union members or not, will pay the price.

Enough is enough. People in Oregon deserve better than this, and we must all work together to put our hard-working families first.

Every member of the Oregon Congressional delegation should show their commitment to good jobs in Oregon by opposing this bad deal for workers.”

We are over 20,000 workers standing together to build an economy that every hard-working family in Oregon and Southwest Washington deserves.