CHICAGO – Super Bowl Sunday is an American tradition and the American ideals of hard work, excellent performance and durability under the toughest conditions are exemplified on and off the field. Those same qualities are exemplified by the craftsmanship of the ball used on the field. Manufactured entirely in the United States, these balls are tough to the core and made to precise specifications, starting with the Horween leather crafted by dedicated UFCW 1546 members at the historic Horween Leather Company, Chicago’s last remaining tannery.

The 150 workers at Horween have been UFCW members since the 1960s, marking half a century of good-paying jobs in an atmosphere of mutual respect. The plant itself was founded in 1905 and has been producing top-quality football leather there for the last 60 years.

“I’ll be watching the Super Bowl knowing that we helped craft every football,” said Earl Ferguson, a machine operator and chief steward at the tannery. “Whether it’s Denver or Carolina, my union brothers at the National Football League Players Association will take the field knowing they’ve reached the pinnacle of their career. For us, we can take pride in that when that foot hits the leather that I made, it’s a sign that our union family is best at what we do.”

In addition to making the leather for every NFL football and NBA basketball, workers at Horween make some of the most sought-after leathers for shoes and clothing the world over, including genuine shell cordovan. The expertise and skill required to build this reputation can only happen with the highly-trained workers that value the stability provided by their union contract.

“I’ve been proud to be a union member at Horween for 26 years,” said Ferguson.  “We’re a family here. We take care of each other. The union, that’s just another part of that. Having the UFCW at my back means I have good wages and benefits to care for my loved ones. It means I feel a sense of ownership of my own job, which is important because I take pride in what I do.”

For more photos of the long-time tannery employees, check out Horween’s company blog. 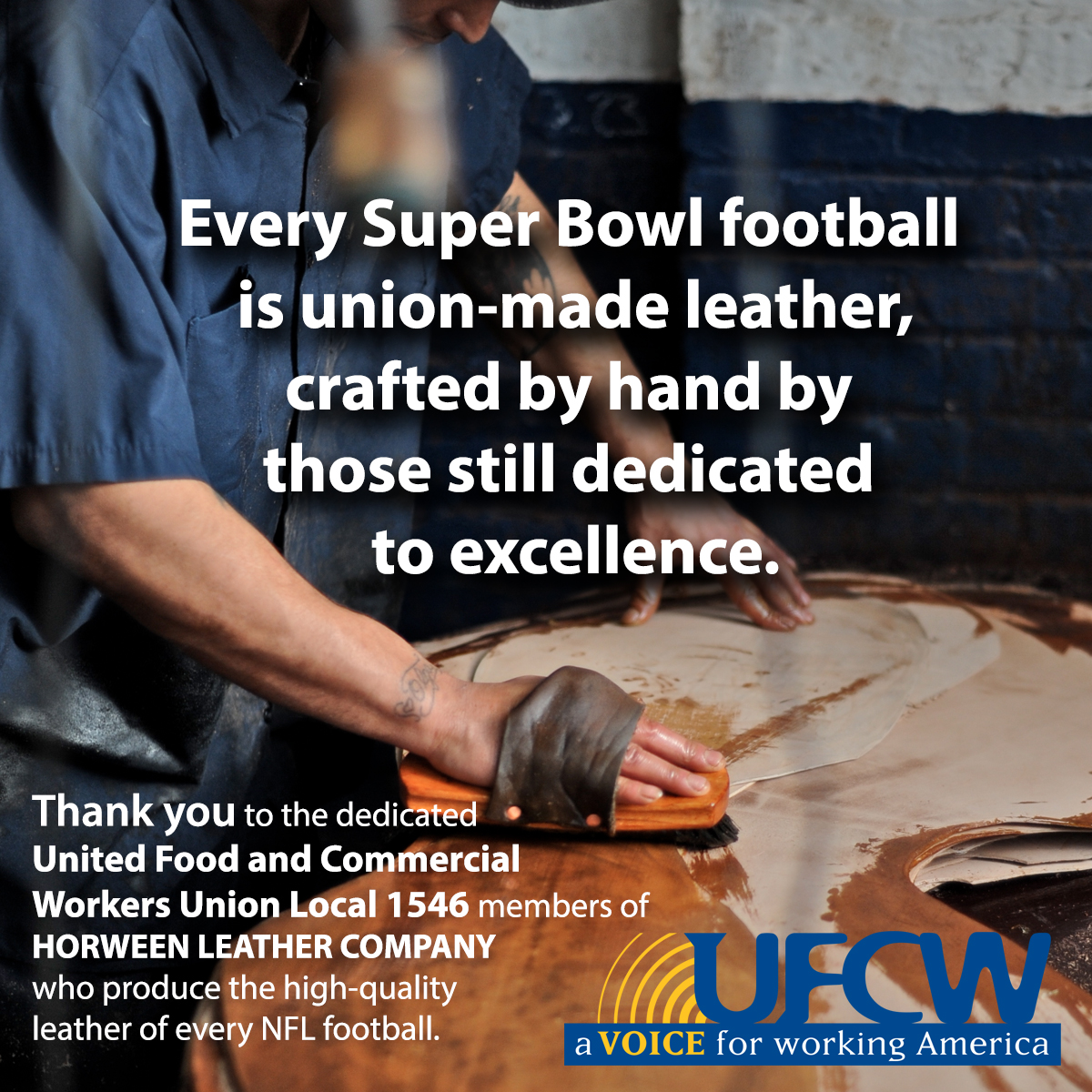