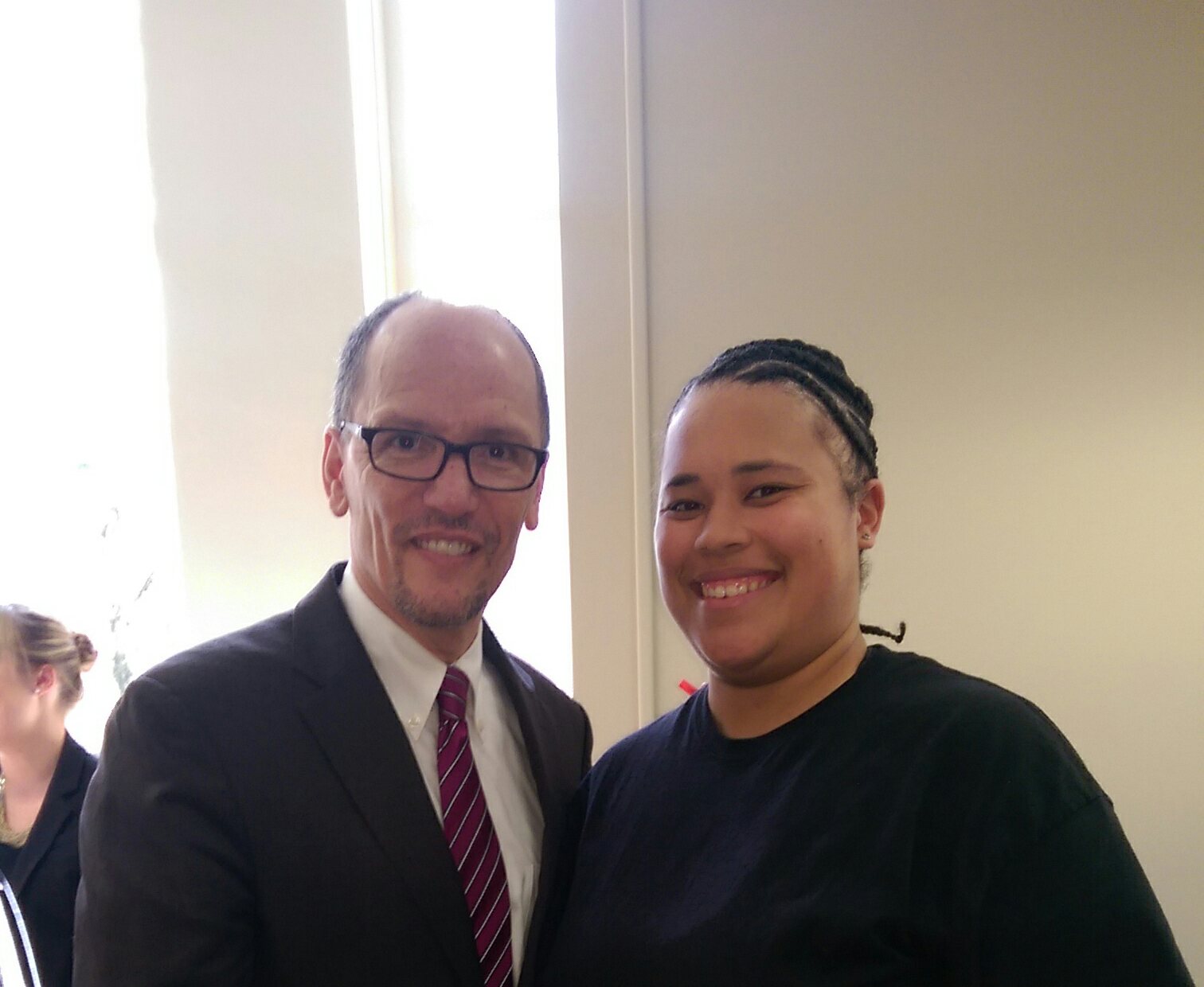 Seattle, WA –Today, Ariana Davis, a member of United Food and Commercial Workers (UFCW) Local 21, was featured at the kickoff event of the “Lead on Leave – Empowering Working Families Across America Tour” hosted by Secretary of Labor Tom Perez. The roundtable discussion was the first stop of a national tour by the White House to highlight the importance of enacting a paid leave law that will ensure all working and middle class families have the opportunity to deal with a sickness or spend time with their children and family members during times of illness or other critical life moments.

Ms. Davis joined a diverse group of local employers, workers, and community groups to discuss the demands of family and the importance of enacting state and federal paid leave laws.

“No one in America should have to choose between their health, their family and their job,” said Davis. “On a bad week, when we’re sick, we can’t afford to take unpaid time off so we get some Kleenex, drag ourselves out of bed, and come to work. This is unhealthy for coworkers, customers, and the communities we live in. Paid leave will help us all deal with these difficult moments and improve our ability to do our jobs. Passing laws like this are essential to making life better for every hard working family in America.”

As a young, female, LGBT person of color within the labor movement, Davis has proven to be an effective and rising voice. She has been instrumental in helping push for fundamental changes that have helped hard-working families in Seattle obtain better wages and benefits, and justice at the workplace.

A few years ago, stories like Davis’ helped the city of Seattle pass a much needed paid sick leave law. A few weeks ago, those same stories were a big reason why the Washington House of Representatives passed paid sick leave. Davis is calling on the State Senate and the federal government to do the same.

Davis started working at Safeway when she was 16. Now 25, she is an elected member of the UFCW Local 21 Executive Board and is proud to work at Haggen, a union grocery store in Renton, Washington.

Not a Union Member? It Could Cost You