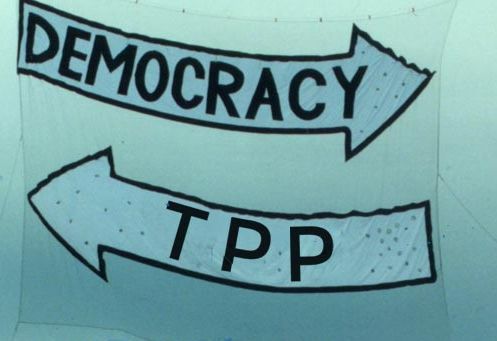 “Today’s vote in the U.S. House displays the desperate levels that supporters of this terrible trade deal will stoop to, and a complete disregard for America’s workers and their families.

“Instead of addressing the massive failures of past trade agreements, the House and the President have doubled down on a disastrous strategy that will cost jobs, lower wages and worsen already record levels of income inequality.

“Make no mistake, every member of the House, both Republicans and Democrats, who sent Fast Track to the Senate today will be remembered for turning their backs on America’s working families when it mattered most.

“Going forward, we will shift our focus to the Senate where multiple Senators have already expressed doubt about this latest and most frantic attempt to pass Fast Track. We will make clear to every Senator that the best place to stand is against Fast Track and with the hard-working men and women of America.”


We are 1.3 million families standing together to build an economy that every hard-working family deserves.