From Campaign Trail, Secretary Clinton Calls Into UFCW Event and Thanks Members

Clinton: “The issues your members fight for are my fights.”

WASHINGTON, D.C. — Today, Secretary Hillary Clinton called into the 2016 meeting of the United Food and Commercial Workers Union (UFCW) International Executive Board and Advisory Council to thank its members for their efforts in Iowa and to highlight her commitment to hard-working families across the nation.

The UFCW, the largest private sector union in the nation with 1.3 million members, announced its endorsement of Clinton for President of the United States last month and was proud to be a key part of her victory in Iowa.

During her remarks, Secretary Clinton pointed to how UFCW members and their families were vital to her close victory in Iowa, and that she was determined to fight for the issues that matter to tens of millions of working and middle class people.

The following are excerpts from Clinton’s remarks to the UFCW Executive board and Advisory Council:

“It’s just meant the world to me to have your support…And I want you to know that you made a difference for me in Iowa. This was a very tight race and your members were critical votes in several precincts across the state. That helped us end up on top. And I appreciated your work on the ground, knocking on doors, talking to voters, making phone calls. And here’s something I want you to know — exit polling shows that in Iowa, union household voters made up 21% of all caucus goers. So more than one fifth of everybody who turned out on Monday night was part of a union household and I was supported by a 9 point advantage among union household voters. You made that possible.”

On issues that matter to working families:

“The issues you and your members are fighting for are my fights too…I will be your partner in the fight to raise wages, provide opportunity for paid sick time, fair scheduling for workers. I will stand up and fight for the right to organize and bargain collectively, for good wages and good working conditions and benefits. And I have a plan to make college affordable, to fight for comprehensive immigration reform and a path to citizenship.”

Clinton also took time to answer a question from the audience about what she will do to help workers balance work and family. She said:

“I’ve said before that we’ve got to do more to help families balance work and their families. That’s why I support twelve weeks of paid family leave, seven day of paid sick time…I am making the strength of our family, opportunities for our families, specifically those that working women have, the centerpiece of my campaign. And you’ll hear a lot about this in the months ahead.”

Clinton also took a question about whether she believes collective bargaining is a means to ending wage inequality. She said:

“I believe it. I think the evidence supports it. There’s no doubt in my mind that the labor movement and particularly collective bargaining led to the growth of the American middle class…Republicans and their special interest groups have tried to undermine organizing, undermine collective bargaining. There’s no doubt in my mind they try to diminish our standard of living and growth of the American middle class.”

Photos of UFCW members caucusing for Clinton in Iowa are attached. 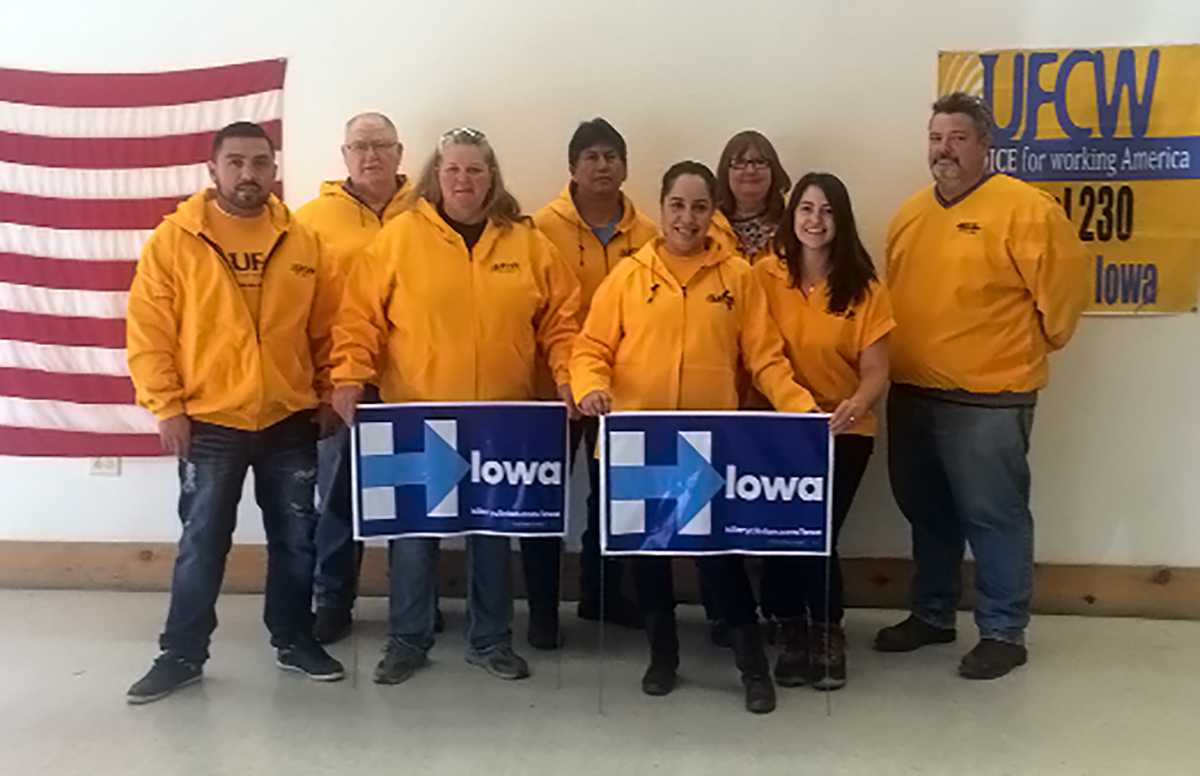 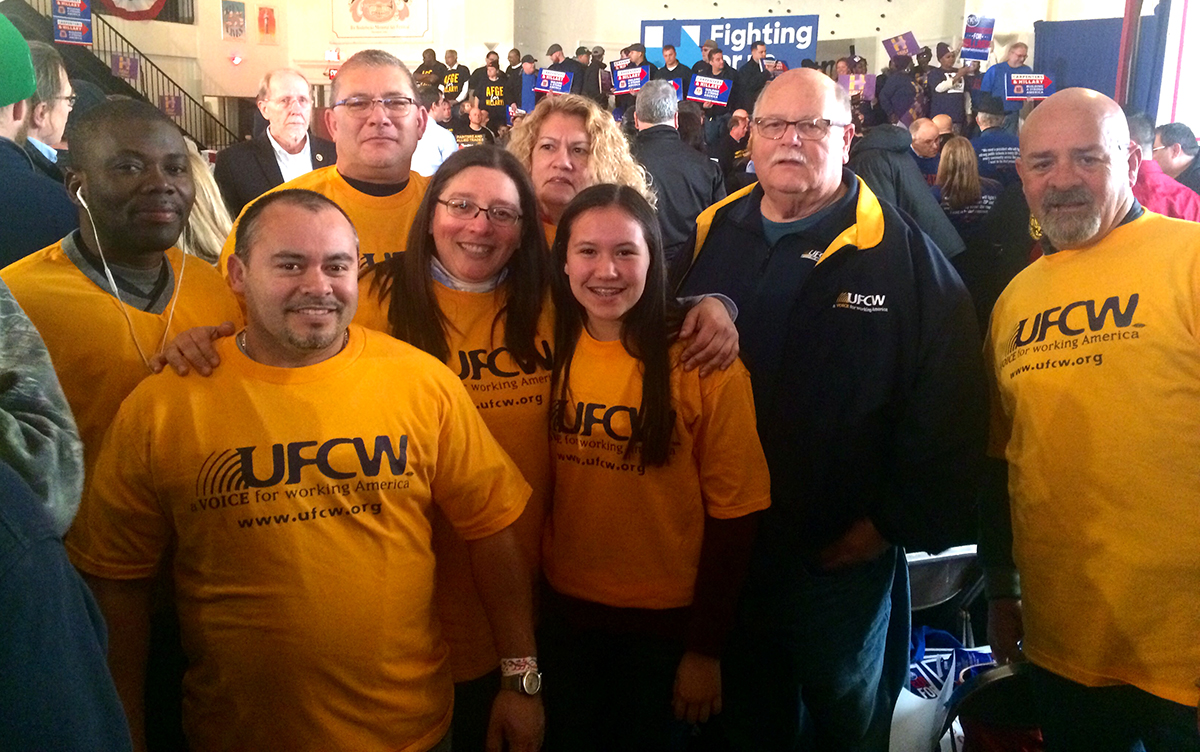 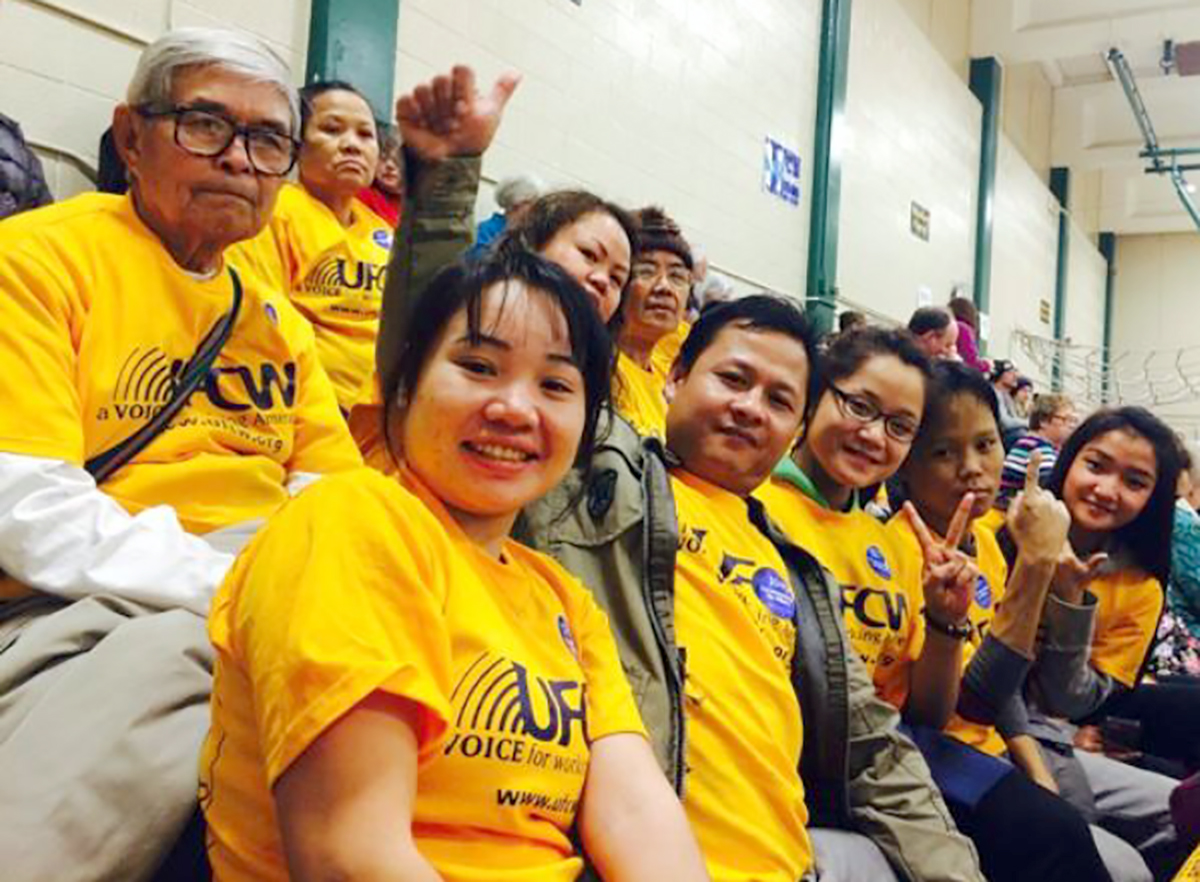 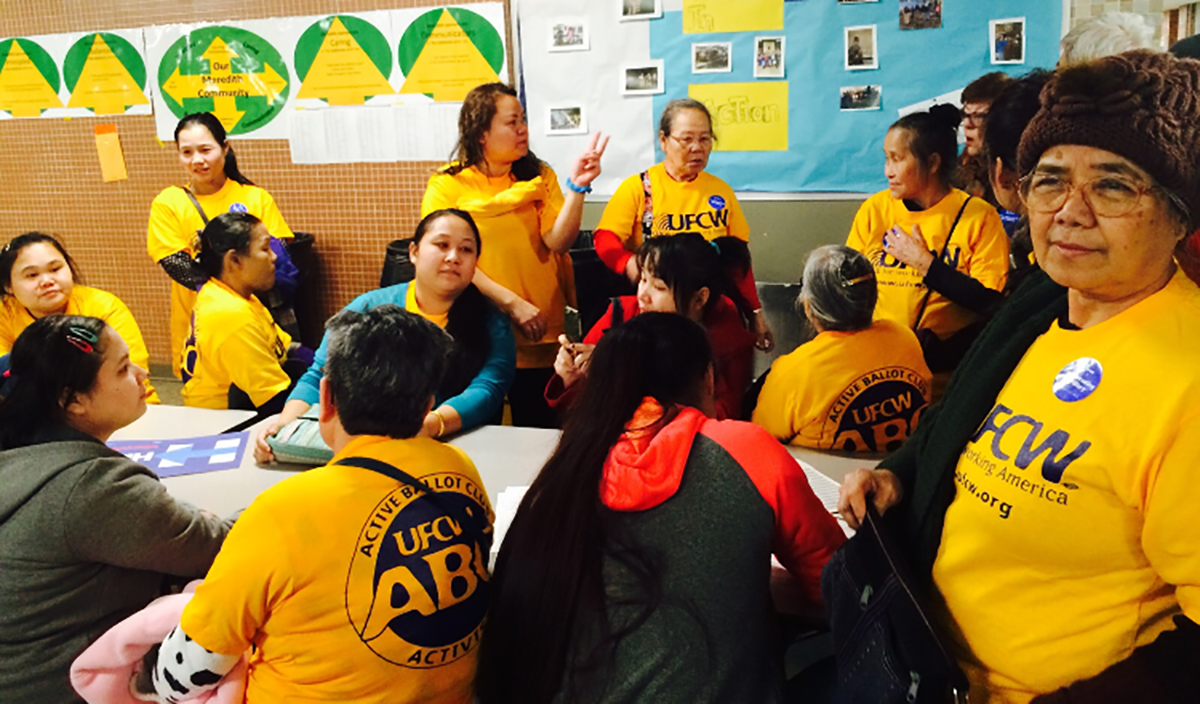 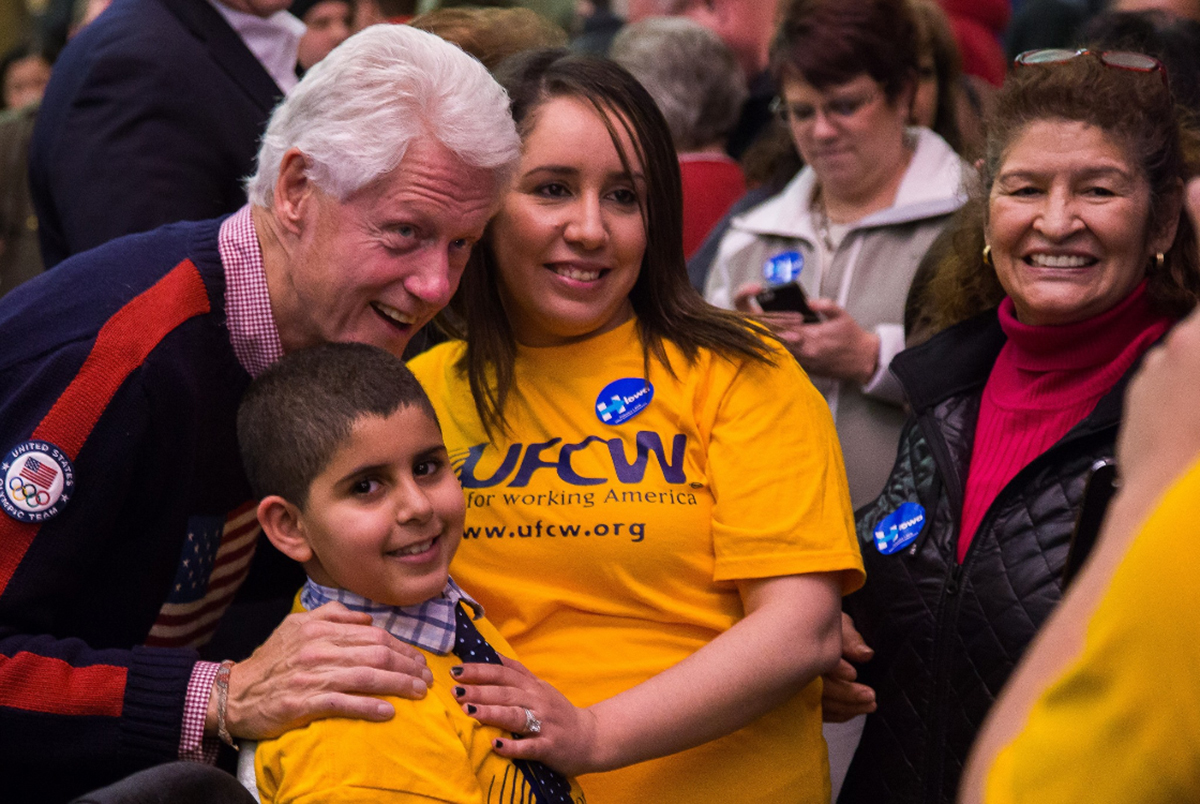