Supported by elected officials, clergy and community members, group files for injunctive relief with the National Labor Relations Board on behalf of workers 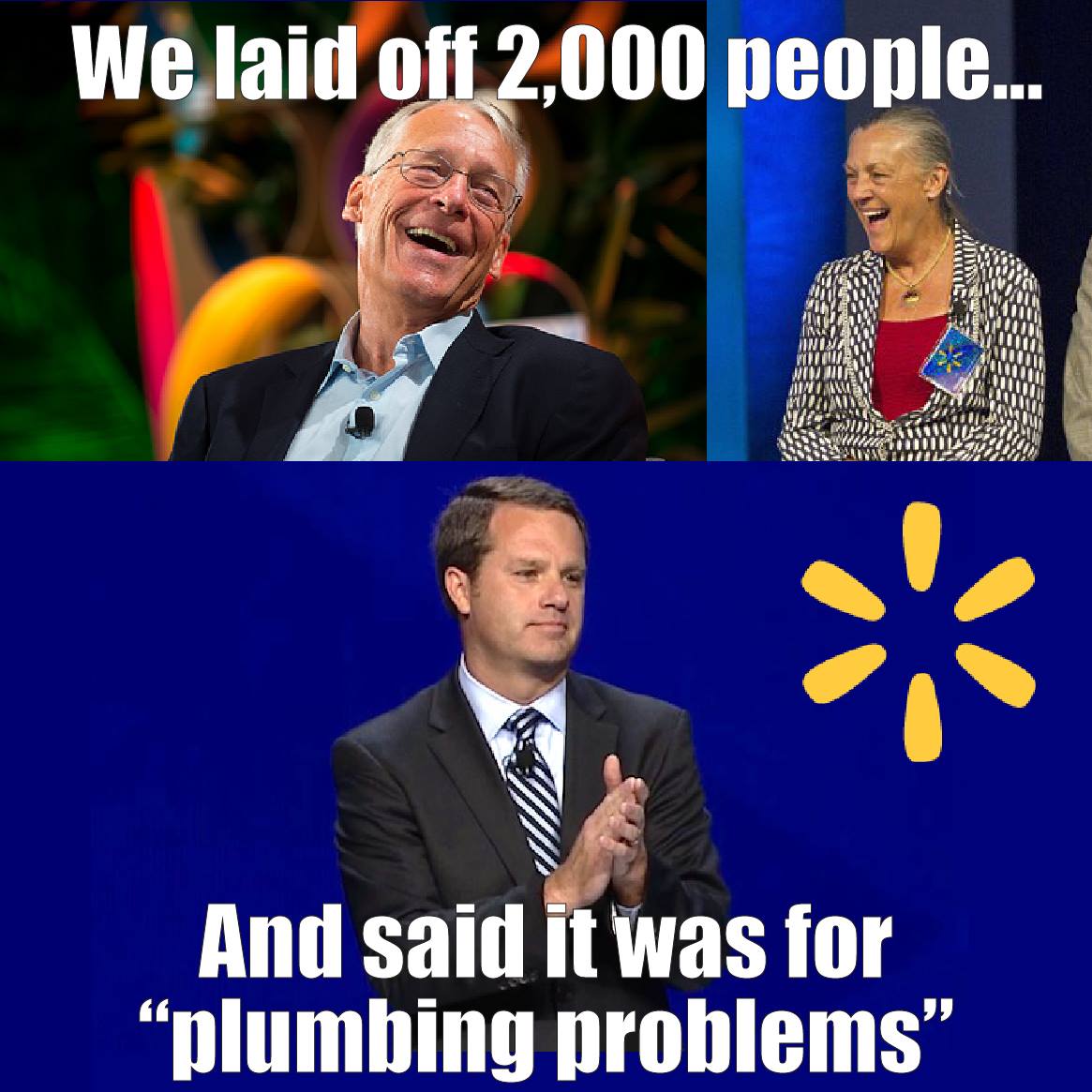 NATIONWIDE —Yesterday Pico Rivera Walmart workers with OUR Walmart filed a charge with the National Labor Relations Board in response to Walmart’s retaliatory store closings. Last week, Walmart abruptly closed 5 Walmart stores in four states due to an alleged national plumbing emergency. However, city officials point out that the company has obtained no permits to begin repairs in any of these locations. Walmart has failed to offer any evidence of a plumbing emergency that would require the immediate closing of five stores. Among the five stores was the Pico Rivera, California Walmart Supercenter, which has been the hotbed for worker action. The store is also of symbolic important to the low-wage worker movement, as it sparked the Walmart and fast food strikes when it was the first store to go on strike in October of 2012. Workers from the store also held the first large sit-down strike and participated in civil disobedience in the weeks prior to last Black Friday.

“This is a new low, even for Walmart,” said Venanzi Luna, an eight-year Walmart worker and long-time OUR Walmart member. “It’s just so heartless to put thousands of your employees out of a job with no clear explanation on just a few hours’ notice. We know that Walmart is scared of all we have accomplished as members of OUR Walmart so they’re targeting us. Through OUR Walmart, we’re going to keep fighting back until the company gives us our jobs back. It’s unfortunate that Walmart has chosen to hurt the lives of so many people, just to try to conceal their real motives of silencing workers just like they’ve always done.”

As the filing notes, this is not the first time Walmart has taken dramatic action to quell worker action. In June of 2014, the Canadian Supreme Court ruled that Walmart had violated labor law when it closed the Jonquiére, Quebec Walmart store. The workers in that store had voted to join a union, becoming the first unionized store in North America just before it closed. In 2000, butchers in a Jacksonville, Texas Walmart voted to join UFCW Local 540. Two weeks later, Walmart closed its 180 meat departments in stores nationwide and switched to prepackaged case ready meat only. More recently, Walmart fired and disciplined more than 70 workers who participated in strikes in June 2013. An Administrative Law Judge of the NLRB has found merit to claims against Walmart and additional claims are currently being prosecuted by the General Counsel of the NLRB against Walmart.

“Walmart’s choice to close one of the most vocal stores in the fight for $15 and full time is a clear and direct assault on all workers’ rights,” said Jobs With Justice Executive Director Sarita Gupta. “As a country, we cannot sit back quietly as our nation’s largest private employer is allowed to lay off thousands of people in an attempt to silence them from speaking out for better wages, hours and respect on the job.”

Community members and elected officials have also come out in support of Walmart workers. The El Rancho Unified School District, in which the Pico Rivera store is located, will vote on a resolution in support of the laid off Pico Rivera Walmart workers. The resolution “calls on Walmart to consider the economic hardship their decision has caused for their 530 Associates from the Pico Rivera store and their families and commit to transfer all of the Associates to surrounding Walmart stores before new people are hired to fill positions in those stores…”

Other community members also attended yesterday’s press conference to call attention to the impact of Walmart’s actions on their neighborhoods, congregations and communities.

“It is a scandal against all that is righteous, though it is unfortunately not surprising, that Walmart, the economic Pharaoh who cannot see workers as people but only as expense lines, has again decreed unemployment and poverty and suffering on 530 workers here, and similar numbers in four other stores,” said local Rabbi Aryeh Cohen. “In November, I joined other clergy and community leaders and workers in an act of civil disobedience to support the brave workers who sat down and struck in order to stand up with dignity. We then demanded $15 an hour and access to full employment. Today our demands have not changed. However, we also demand that Pharaoh rehire all 530 workers, give them priority before hiring other workers for less pay, and support the fired workers beyond the mandated 60 days.”

Workers promised that they would continue to fight the company’s retaliatory closures with bold action until the company meets their calls for reinstatement, transfer with equal pay and compensation in the interim and finally, the opportunity to return to their stores when they reopen.

“Allowing Walmart to get away with such a blatant attack on the rights of workers’ in our community would open the door for any employer to simply develop ‘plumbing issues’ whenever workers stood up for change in their workplace,” said SEIU 721 Chief of Staff Gilda Valdez. “We need to send a message to Walmart and all employers that in our community, the rights of working people must be respected. That’s why we’ll continue to stand with Walmart workers as they fight to get back to work and for change at the world’s largest private employer.”

Local 23 Member Who Served in Army Now Fights Against Privatization, Volunteers In His Community, and Isn’t Slowing Down

Celebrating UFCW Moms: New UFCW Member Loves Her Job and Security of Being a Union Member