Awhile back, UFCW’s own Jon Viner, star of some of our “How To” videos, took to Reddit to help answer everyone’s questions about meat.

For those of you who aren’t familiar with Reddit AMAs, they stand for “Ask Me Anything.” They are sort of like an online press conference where anyone can post and ask questions and have them answered real time. 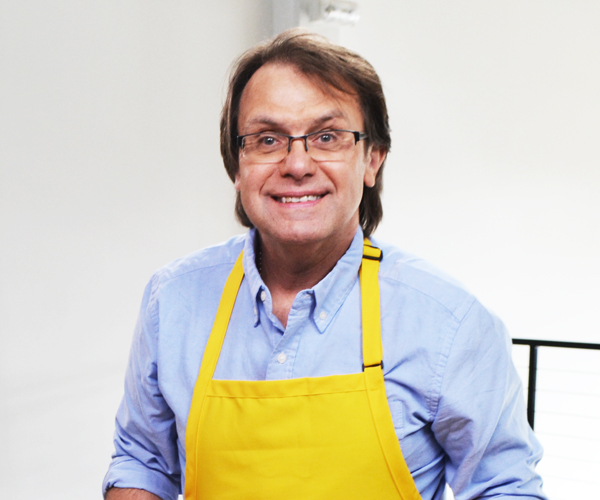 Here’s a few of the best steak-related questions that came up during the live session:

1.) “What do you think is the most underrated/misunderstood cut of meat?”

Oh, boy. I’d say…underrated, maybe a pork shoulder blade, maybe. It’s versatile. That’s a good question. Oh, and chuckeye! It’s so close to a prime rib – you’re actually buying a rib eye steak. We’re not cutting as many chucks in the summer as we do in the summer as in the winter because it’s seasonal, but you’re buying an almost 14 cut of meat for half the price – underrated cut. 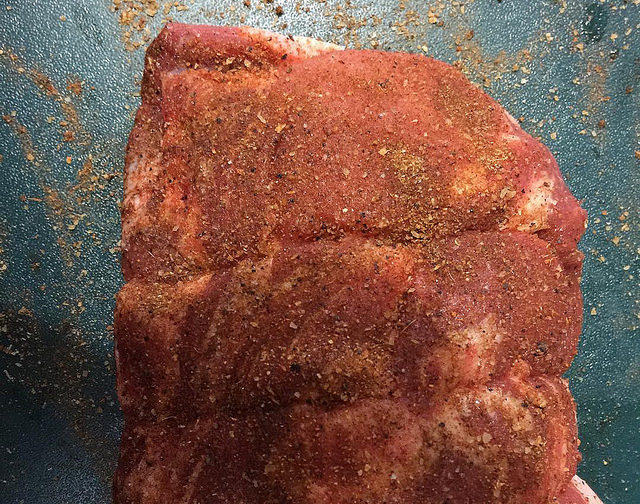 2.) “Follow up question, how can certain cuts be seasonal? Also I am not sure I have ever seen ‘chuckeye,’ does it go by any different names? Basically, how can I find this :)”

Well, we cut things according to our season and what the consumer wants. A cross rib roast, in Minnesota, is called a Boston butt roast out east. So we cut everything according to season. If you have a cut you like in summer, remember what it is, and just order it special from your butcher. You should be able to get anything you want anytime of year. 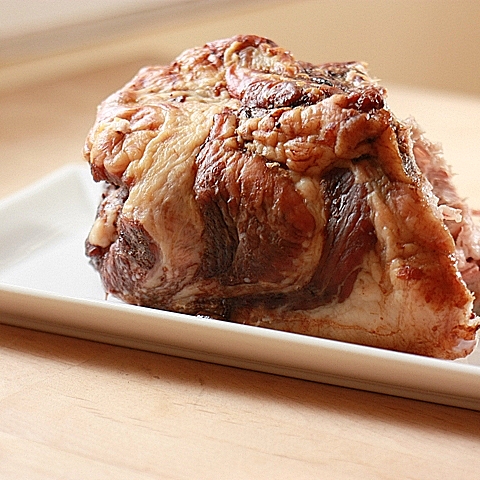 3.) “I’ve heard from kitchen co-workers that flat iron steaks are pretty great. Cheaper than most cuts, but similar tenderness. Thoughts?”

That’s true, prepared properly. They have a lot of nice flavor. Marinate or season it, it’s a great steak.

I like the grill myself, and what I’ve been experimenting with lately is, I’ve got a little smoker, and I’ll smoke it at like 160 degrees with woodchips before I grill it, and finish it on the grill. And know your grill – certain grills have different hot spots – know your equipment, too. 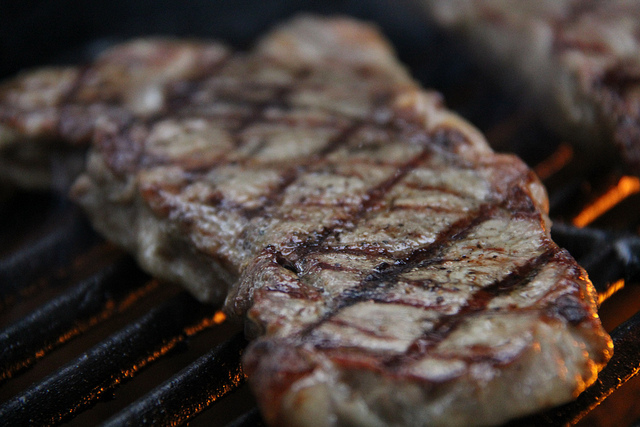 Controlled refrigeration. In a dry cool area. No moisture, keep it dry and cool, below 42 degrees. You’re letting that muscle tissue break down, and so you want to cut off the bad and get down into your center. We do it mostly in a primal form at the store, rather than steak – age a big cut because you’re going to have waste.

6.) “Hey Jon, big fan of your union. I’ve been thinking about getting a small 2nd fridge for dry aging, but I’m really reluctant to OWN A SECOND FRIDGE just to dry age meat. I’m just one person and THAT’S ALOT OF STEAK. Can I freeze dry aged meat after dry aging it and cutting it, or would that harm the taste?”

I think you could freeze it, but why not use that second fridge as a beer fridge? I mean everybody has to have a beer fridge!

If you’re going to freeze it, you should invest in a vacuum sealer. The modern freezers have constantly running fans that seek out moisture and cause freezer burn.

7.) “Do you have to wash meat before cooking? I know it’s pointless, but many people think otherwise.”

No, you don’t – you’ll do more harm than good, because now you’re taking bacteria from a piece of meat, especially poultry, and spreading it around. Just put it in and prepare it – and always prepare fruits and veggies beforehand if you can, to avoid bacteria and cross-contamination on that surface.

8.) “What is the best way to heat up leftover steak? I’ve heard various things but I really enjoy my steak rare. Is it possible to heat it up without overcooking it to death?”

I would broil it at a low heat – I don’t like the microwave – I’d broil it or pan fry it lightly. Just warm it, you don’t want to lose that redness, that rareness – low heat, broil low.Make sure the broiler has been going for five minutes – preheat to broil low. And watch it, make sure you don’t overcook. You just want to bring it back up. But don’t microwave or put it in a skillet.