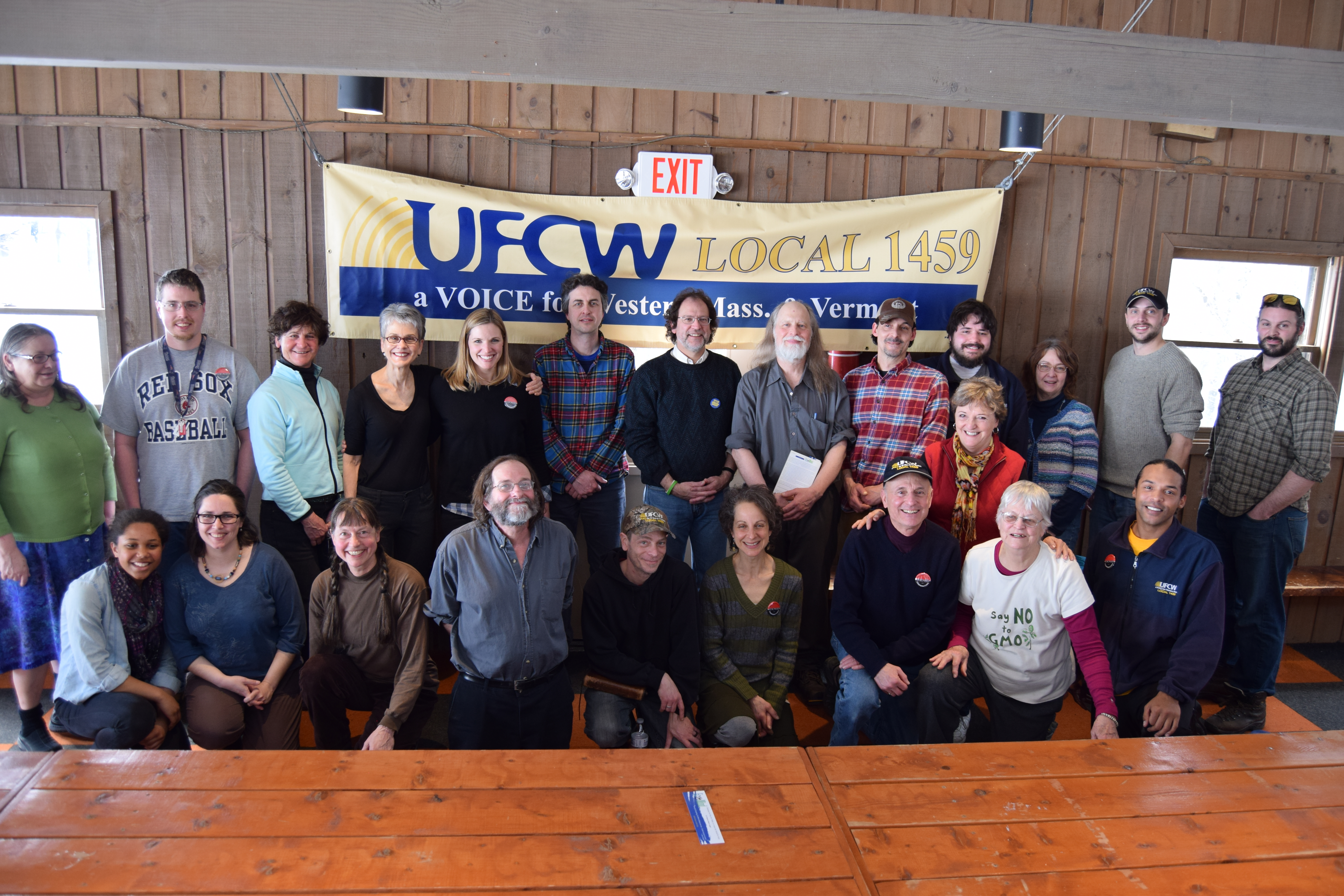 Charlemont, Mass. – Dozens of co-op workers from three states and representing six both worker- and member-owned co-ops met Saturday at the first-ever regional co-op workers summit. The event, hosted by United Food and Commercial Workers (UFCW) Local 1459, was the first of its kind.

“Co-ops have a unique place in our economy,” said Dan Clifford, President of Local 1459. “They are businesses that have the higher purpose of serving the communities in which they operate. As the co-op movement grows, sometimes the voice of co-op workers get lost. This summit was an important step to ensure those voices are heard and that co-ops live up to their highest aspirations.”

Workers from co-ops in Western Massachusetts, New York and Vermont gathered for panels on the future of the co-op movement and their role in improving their workplaces, their communities and the food we all eat. They also heard from Frances Moore Lappé, best-selling author of Diet for a Small Planet, who spoke about the important role that co-ops and co-op workers can have in building a more sustainable global economy.

“It’s critically important that the co-op movement doesn’t leave the workers’ voice behind,” said John Cevasco, a grocery worker from Greenfield’s Market in Greenfield, Mass. and a UFCW Local 1459 member. “We found our voice at Greenfield’s by forming a union, and I know our co-op is stronger because of it.”

“Our communities need high quality, local food and good family-supporting jobs,” said Russell Ziemba, a worker from the Honest Weight Food Co-op in Albany, N.Y. “Co-ops can play a critical role in meeting those needs if they listen to the voice of their workers. That’s why I’m glad I had the opportunity to be here and learn from other co-op workers in my region.”

The co-op workers also issued a series of collective recommendations to the regional and state food system plans, re-envisioning how the food system could serve the needs of citizens even better. They hope by injecting the voice of ground level workers and co-ops into the plan that they can make the plans both more ecologically and economically more sustainable.